Politicians act with good intentions. But they rarely seem to grasp that intentions are not the same as outcomes. The social and economic worlds are both complex and change rapidly. This places inherent limits on our ability to understand them. There are many, many examples to choose from when outcomes differed from intentions. We could select from virtually the whole of human history. But two topical ones will suffice.

Liz Truss and Kwasi Kwarteng took what they believed were good decisions. Their massive energy price subsidy would protect people from the cost of living crisis. They thought that cutting taxes would boost growth and prosperity for everyone. It is easy for people to sneer at the latter after the event. But the plain fact is that no-one has discovered a sure fire plan to deliver economic growth. If they had, running the economy would be easy.

As we now know, the markets took fright at the further proposed increases in government debt. Interest rates on the debt soared and the pound collapsed. The Truss government was wrecked. This had always been a risk, ever since in 2019 the government piled up massive amounts of public debt with the furlough scheme. At some point as government debt rises, confidence really drops and interest rates really do double, or even more. But this point is inherently unknowable in advance. It bears little connection with the objective facts.

For example, interest rates were in the 6-8% range in several Mediterranean Eurozone countries in the mid-2010s. But the amount of government debt relative to the size of the economy in, say, Spain, was lower than it is now in the UK. Even now, the UK’s debt position is much better than that, say, of Italy. But it was the UK which the markets attacked and not Italy.

Many commentators on the Left maintain that all this was obvious in advance, that the Truss-Kwarteng policy was bound to end in rapid and ignominious failure. But we might reasonably ask, if this is the case, why these same commentators are not now enormously rich, having used their insight to short UK government bonds. All this was anticipated by Keynes, a much more subtle economist than many of his followers grasp. In his magnum opus, the General Theory of Employment, he championed the idea that extra government spending could help keep an economy out of recession. But he qualified this with two key points. When government deficits rise as a result of increased spending, Keynes wrote that: “The method of financing the policy may have the effect of increasing the rate of interest and so retarding investment in other areas.” He went on to suggest that the psychological effect on “confidence” might also depress private sector spending. The psychology, he asserted, was often “confused”, by which he meant it could move in ways entirely contrary to what a rational assessment of the evidence would suggest.

The second example is much less grand, but all the more telling. Intentions and outcomes can differ even on a small scale. To great fanfare, in 2018 Nicola Sturgeon announced a policy of a minimum price on a unit of alcohol. Scotland has a serious alcohol problem, and this seemed a good idea. The policy was praised by the World Health Organisation. Yet the hard-core older drinkers who were the real targets of the policy seemed to have continued drinking. They paid for it by cutting back the amounts their families spent on food and heating — even before the cost of living became the issue which it is now.

Young people in particular do seem to have cut back on high alcohol drinks. They switched to cheap street drugs instead. These are often unreliable and dangerous products, and the drug-related death rate in Scotland is now four times higher than in England. Sturgeon and the SNP intended to do good with their policy, but the outcome seems to have worsened the situation. If detailed planning really worked, the Soviet Union would have been a great success and not a catastrophic failure. Of course, both governments and firms have to set a vision, a view of where they want to be. But they must never fall into the trap of thinking that the plan is reality. Most of the time, outcomes are different to the intent in the plan. The main risk is that focusing too much on the plan might lead a government or firm to reduce its flexibility, its capacity to respond to surprises, both good and bad. In the old Soviet Union, everything was planned with great precision. No individual enterprise was allowed to fail. But, eventually, the whole system collapsed in catastrophic failure. In the West, individual firms fail all the time, but the system as a whole delivers the goods.

There are worrying signs that, as a result of the furlough scheme, the same Soviet-type mentality is starting to pervade Britain. If a company is in difficulty, some scheme should be contacted so that it is kept alive by taxpayers’ money. The industrial structure should be pickled in aspic. The intention of any such policy would be to do good. The risk is that it simply leads to an economy populated by zombie, low productivity firms.

Sometimes outcomes can be much better than expected. A classic example is Windows. The first releases basically tanked. Microsoft announced that development would stop after the release of version 3.0. In the meantime, they had partnered to develop OS/2 with IBM, the “operating system of the future”. Windows 3.0 sold millions of copies in the first few months and the rest is history. 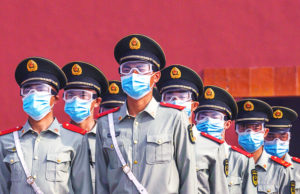 How science has been corrupted

Coca-Cola spent vast amounts of research testing how people would feel about New Coke, which they launched in the mid-Eighties. The plan said it would be a great success. But it met with a disastrous reception in the real world. Coca-Cola abandoned the product within a few weeks despite the huge sums spent on it. Their actions show the value of flexibility and willingness to discard plans in the face of new evidence. The UK government’s reaction to the emergence of Covid in early 2020 shows the danger of inflexibility. The early data from China suggested that the death rate might be of the order of 3-4%. So it was reasonable to have an initial lockdown to try and assess the situation.

But it rapidly became clear that the death rate was in fact much lower. More importantly, at least 95% of all deaths were in two groups which were small compared to the size of the overall population: the over 85s and those with chronic conditions such as heart disease caused by obesity. For the bulk of the population, there was little serious risk to health. Despite this new information emerging quickly, the government seemed to double down on its plan of lockdown and its message of fear.

The complexity of the world does not mean that nothing can be done, that outcomes are random. But it does mean that governments and firms must be flexible. A further implication is that, as far as possible, decisions should be devolved. The closer to a problem you are, the more likely there is to be local, tacit knowledge which is hard to capture in formal documentation and rules.

In fact, successful institutions evolve organically, indicating that excessive government intervention may be both unnecessary and counterproductive. Consider Greater Manchester. The Mayor and the GM combined authority have relatively few legal powers. These in general still reside with the ten individual boroughs. But the combined authority has evolved “convening powers”. This is soft, informal power. A complex system of interconnected organisations and committees has developed and is continuing to develop. And it seems to work. A genuine, connected city-region is coming into being.

The economy and society are essentially more like a biological system than a complicated machine. No matter how complex, a machine can be programmed and controlled. The economy evolves, often in unpredictable ways. Policy-makers, including the new Prime Minister, need to shed the tick-box mentality and recognise this fundamental feature of reality.