Does progress have to mean the sexual liberation of children? Michel Foucault thought so, as did many of the now high-ranking Labour Party members who once supported the Paedophile Information Exchange. Sexual interest in children is hardly unique to the modern world, of course, or indeed the West. Child sex slaves were socially acceptable in ancient Rome, and the longstanding practice of bacha bazi in Afghanistan still sees young boys feminised and abused by adult men.

Nor is paedophilia unique to the progressive Left. Just this week, Tory MP Imran Ahmad Khan was convicted of sexually assaulting a 15-year-old boy, prompting fellow Tory MP and LGBTQ advocate Crispin Blunt to declare angrily that Khan’s conviction was a “dreadful miscarriage of justice” and “nothing short of an international scandal”.

But it’s also true that since the sexual revolution, there has been a knocking on the door of progressive respectability by individuals with an intense interest in assisting the sexual development of children, and sometimes — as in the case of Foucault — questionable motives for doing so. Such activists invariably come armed with the logic of liberalism: using phrases such as “agency”, “consent” and “education”. The resulting queasy blend of pleasure, freedom, education and adolescence burst into flames this week, with news of a theatre production, The Family Sex Show, coming to Bristol that offers “relationships and sex education” supposedly suitable for ages five and up.

Cue public outrage, Mumsnet up in arms, and a petition to scrap the show that at the time of writing has more than 30,000 signatures. It’s a homegrown British version of an increasingly ferocious front in the American culture war in which both sides are entrenched, and convinced of their own righteousness. On one side stand those who argue for ever more extensive sex education in the name of LGBTQ youth and sexual emancipation in general. On the other stand those claiming to defend the authority of parents over their children, which they argue represents children’s best protection against inappropriate adult sexual attention. Advocates, meanwhile, are outraged at the “groomer” epithet. They argue it’s fine to be gay or kinky or non-binary or whatever, and that all sexual expression is acceptable provided everyone consents. For them, content of this kind simply normalises these perfectly acceptable identities, and helps to spread tolerance while ensuring LGBTQ youth feel represented and supported.

This moral standoff is the logical end-point of a tug-of-war as old as liberalism: the question of who is responsible for shaping children — and to what ends. In Roman times, parental — well, patriarchal — authority over children was absolute, to the point of granting fathers the right to kill their children. It was the Christian faith that first ascribed universal personhood and dignity even to children, limiting the scope of this authority.

John Locke, one of the original liberal thinkers, argued for the separation of church and state, and it’s no coincidence that he was also the first parenting pundit. His Some Thoughts Concerning Education was published in 1693, and heavily influenced the next smash-hit parenting guide: Jean-Jacques Rousseau’s Emile, written in 1763.

For Locke, education was essential. In his view, “of all the men we meet with, nine parts of ten are what they are, good or evil, useful or not, by their education”. Rousseau, meanwhile, was so convinced of its importance that, after concluding the family of his mistress Thérèse Levasseur wasn’t up to the job of raising the kids he fathered with her, he persuaded her to give them all away to the “foundling hospital”. In Confessions (1782), Rousseau admitted that he “trembled at the thought of entrusting them to a family ill brought up, to be still worse educated”. Presumably Rousseau thought the extremely high risk of his children dying in an orphanage a less fearful prospect than seeing his educational ideas poorly executed by the woman he repeatedly impregnated but refused to marry.

In any case, this left both Locke — who never fathered children — and Rousseau equally free to theorise about education, freedom and human nature, innocent of any hands-on experience with actual children. And this blind spot has cast a long shadow since, for emancipating children is, to say the least, a paradoxical undertaking. Locke and Rousseau envisaged humans as autonomous, rational and capable of making decisions. But anyone with practical experience of how helplessly dependent a baby is, or how magnificently unreasonable toddlers can be, knows there’s considerable ground to cover before you can describe your child as in any way rational or capable of making sensible choices. And getting them to the point where they can do this takes decidedly non-liberal methods, including providing direct moral instruction with the aim of eventually producing an independent, self-governing adult. Liberal citizens capable of making the most of freedom don’t just appear in a vacuum; you have to make them.

Emancipating children has another key corollary, too: a reduction in parental authority. This is obviously true at the scale of individual parent-child relations, and is usually a gradual and benign process. As my child grows older, part of my job as a parent is to help her develop independence, which means slowly stepping back from managing all aspects of her life.

What’s perhaps less obvious, though, is that a culture of individual freedom also means defanging parental authority in general. This was tacitly acknowledged by Locke, Rousseau and the innumerable parenting pundits who have emerged by dint of writing books on how to raise ideal citizens. Each parenting manual says, tacitly, that just being the child’s parents doesn’t make you right by definition. As a parent you have to be doing it right as well, where “right” is defined by the larger project of shaping ideal citizens to enjoy freedom.

Yet in the centuries since Locke and Rousseau, the scope of those freedoms we consider our birthright has expanded too. This is usually treated as moral progress, but has also happened in no small part thanks to technologies that extend our strength, buttress our weaknesses or give us control where none existed before. In particular, the contraceptive revolution has extended freedom into the terrain of sexual desire.

By severing sex from its material consequences, reproductive technologies took the danger out of desire, allowing us to reimagine sex as a kind of consequence-free leisure activity. After all, once procreation is an optional rather than near-inevitable side-effect of sex, then on the face of it there seems to be no firm argument for preventing freely consenting adults from pursuing sexual pleasure in whichever form they desire.

Leaving aside the merits of this change, making the best of an emancipated world requires us — as Locke and Rousseau realised — to equip citizens to navigate it. It therefore follows that sex education isn’t just an option but a necessity: if you accept the premise that emancipation is good, then sexual emancipation and the free, consenting expression of desire is also good. And given that children need direct moral instruction prior to attaining full liberal citizenship, good liberal parents have an active duty to provide instruction to their children, from the earliest possible age, in the full range of acceptable modern sexual expression. 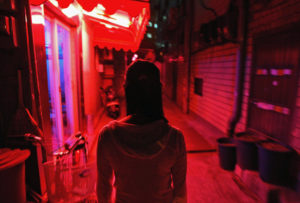 I admit I’m less than reassured by the prospect of anyone using “pleasure” as “a vehicle for consent” in material aimed at my five-year-old. For if predatory Tories and Romans tell us anything, it’s that dark desires are an unpleasant constant in (especially male) human nature that no amount of “awareness” can mitigate.

If we want to push back against the liberal syllogism that got us to the point where “educators” determinedly ignore the obvious slipperiness of this slope, we need to look again at its premises.

Contraceptive technologies are here to stay. But we needn’t accept as self-evident the argument that followed the contraceptive revolution — that all desires are fine provided consent is given. This is simply not true. Not all desires, or expressions of sexual desire, are good. Some need to be repressed, and if necessary oppressed, in the interests of protecting the vulnerable.

We can argue about which desires should be repressed, and the nature of the oppression in extremis. But what we can’t do is offer sex education to children on the premise that education and consent can replace this need for limits. For when it comes to children, there is such a thing as too much information. And when it comes to sex, there really is such a thing as too much freedom.