A hundred days ago, Putin did what he was always going to do: press the red button on Russia’s invasion of Ukraine. While US and British Intelligence warned an attack was imminent, much of the world was shocked by the sudden, merciless violence set in motion as Russian military forces entered from the north, east, south, and from across Black Sea.

While the Western media presented this attack as a complete surprise, Putin had been planning it since his 2014 seizure of Crimea. Almost immediately after its annexation, he made clear his belief that he should have done more. He regretted his failure to secure more ports, and openly speculated that he needed land access to the west, beyond Odesa to Transnistria and beyond.

So when he launched his current invasion on February 24, no doubt his mind was fizzing with plans beyond Ukraine. For him, the current offensive was just unfinished business. Once that was executed, he had another agenda.

Over the past three months, I have spent many long evenings rethinking my conversations with Putin, seven years before he became President of the new Republic of Russia. During those meetings in St. Petersburg, he reminisced about his boyhood, camping and hunting in nearby Estonia. I remember thinking that he must have read a KGB briefing on my recent marriage to an Estonian woman. He said that he knew my wife and I had visited the country in 1988, just after I had been a guest of Soviet President Gromyko as part of a UN-sponsored gathering of former heads of governments.

Putin talked at length about the historic tragedy of the collapse of the Soviet Union, but also added that the Soviet Bloc was the wrong model for what Russia needed. He made an impassioned explanation that what Russia really needed was a new Peter the Great. He talked almost lovingly about Peter’s attempts to upgrade Russia’s institutions and education system from 1682 to 1725. He argued that after the total collapse of the USSR, it had become necessary to rebuild a Greater Russia under the leadership of a new version of Peter. Peter, he told me, had set in motion the magnificent strengthening of Russia completed by Catherine the Great: the establishment of Novorossiya, or Imperial Russia, spanning all of the Baltic Sea, the Nordics and Poland, as well as the peoples and nations to the west and to the south to the Azov and Black Sea. He then made it clear he did not think the Soviet Bloc was the right model to achieve this, and what he longed for was a return of Imperial Russia, not Soviet Russia.

Reflecting on this early interaction with this clearly ambitious young man, I was reminded of Putin’s path from being Deputy Mayor of St Petersburg to serving under President Yeltsin in Moscow. In 1996 Yeltsin asked the Mayor of St. Petersburg, Professor Sobchak, to come to Moscow and lead the drafting of a new Constitution for the new Republic of Russia. Sobchak asked his protégé, Putin, to come along.

In Moscow, Yevgeny Primakov, Yeltsin’s Prime Minister, had been known for years as “the Soviet Union’s Kissinger”. I had known him since the Eighties. It was he who first introduced me to Putin in 1992 as a man likely to be important in Russia’s future. Primakov initially appointed Putin as head of the FSB, but soon after asked him to take on the more comprehensive role of Secretary of the State Security Council, effectively placing him in charge of shaping the new Russian Republic’s foreign policy. It was said at the time that Primakov’s proposal filled Putin with a noticeable ecstasy, that fate had gifted him with the opportunity to live his dream of reshaping Russian history.

Never one to shy away from an opportunity, Putin immersed himself in every aspect of Russia’s standing in the world. He did, however, pay particular attention to the potential for nuclear weapons to intimidate other nations. He published a new doctrine of nuclear threats, known as “Escalate to Deescalate”. The public airing of this doctrine was meant to show that he was seriously considering selective use of nuclear weapons not only inside Ukraine but in future conflicts with Baltic Sea neighbours. Is Russia about to seize Donbas?

By 1999, the time had come for Yeltsin to step down. A new constitution had been approved, and Russia was ready for a new leader. Several candidates appeared, but Sobchak, father of the constitution, and Putin, the man designated to deal with foreign leaders, emerged as favourites. I recently asked people who were there at the time how the competition was resolved, and was told Sobchak made the choice. He said he was an academic, but not a man who would be good at managing a nation. He admitted he thought “Vlad” was a man of action, just what Russia needed at that moment. So Putin was appointed Prime Minister, and four months later elected President.

This elevation was extraordinary. To Putin, who dreamed of a return to Imperial Russia, it must have felt like fate had chosen him to be a second incarnation of Peter the Great — a 21st-century Tsar, or even Emperor. This self-perception may well have led him to embrace Xi Jinping, the other self-perceived 21st-century Emperor.

Viewed in this way, it would seem that his current military operation in Ukraine is just an early phase of Putin’s long process of rebuilding and enlarging Greater Russia. This perspective was certainly behind repeated public warnings from senior Putin aides that what was happening in Ukraine was just part of a bigger plan.

There will be many in Western Europe and the US who will say Putin is delusional, and that might be true. But we must not ignore the cunning manner in which he has gained such strong approval from a large share of the Russian people. His close affiliation with Patriarch Kirill, Primate of the Russian Orthodox Church, looks artificial to outsiders, but it brings support from many Russian Christians. His appeals to Russian nationalism are ostentatious, but they demonstrate he is standing up to the American giant. His repeated calls for a conference on a new post-Second World War security accord are routinely ignored by the US and European leaders, but this enables him to declare that Russia is belittled by great world powers. 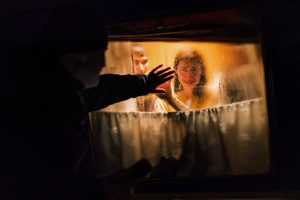 Odesa is at war with itself

It is amid this context of larger ambitions that the Russian invasion of Ukraine should be assessed. The long list of Russian military failures over the past 100 days are embarrassing, but the objectives remain the same. The growing costs of waging war and the toll on his armies and top officers cannot go on forever. But that doesn’t mean the war is entering its endgame.

For Putin, the next steps seem obvious: unilaterally declare a ceasefire, ease the international interventions on behalf of Ukraine, and provide time to regroup and prepare for a new drive westward through Odesa to Moldova and Transnistria, perhaps next year. If a ceasefire is declared, the world will sigh with relief, stock markets will rebound, worries about world food shortages will diminish, and diplomats will go back to sleep. But the war will only be in hibernation; the action will resume at a later date. After 100 days of war, the battle for Ukraine is only getting started.