The energy companies are drowning in dollars, while a season of strikes continues to dismay much of the media. Cathy Newman of Channel 4 News talks about “taking on” the trade unions, as though they were a bunch of armed insurrectionists, while Kirsty Wark of Newsnight is so frantic to see an end to industrial action on the railways that she forgets to ask whether it might actually be a just cause. Complaining that striking workers inconvenience people is like protesting that the flu jab hurts. So it does, but that’s not the point.

Nothing in this respect has changed since the Victorian era, when the middle classes were equally panicked by stirrings from below. Nobody objects to the right to withdraw one’s labour; it’s just strikes that some people can’t stomach. The last thing one should do with this particular right is actually exercise it. If you do, you can be sure that the state will shackle you with even more repressive legislation. Strikes are a nuisance for the general public. Choosing between freezing and starving is also a nuisance for the general public, though not, presumably, for Newman and Wark.

There is talk again of hand-outs, which the Victorians doled out graciously to the deserving poor. Perhaps we should dispense with a new prime minister and ask Bill Gates to take over running the country. Some things, however, have changed since Victoria’s day. Back then, the poor were largely invisible. (I apologise for the quaintly archaic term “poor”; I mean of course those with limited disposable incomes). A lot of them lived in slums, where few of their social superiors dared to tread. They were a ghettoised species to be researched into or moralised about, an alien underworld visited largely by philanthropists and sociologists.

Middle-class people ventured into their midst from time to time to note their physiognomic peculiarities or beg them to be washed in the blood of the Lamb. They were also largely illiterate, which shut them out of the public sphere even more decisively. Nowadays, the poor may live next door, or even closer than that, while a good many of the ghettos are for the rich. The low-paid have also acquired a voice of their own, rather than having conscience-stricken novelists speak out on their behalf. It’s a long way from Charles Dickens to Mick Lynch. The deprived used to be a problem — a distinctive group like the disabled, in need of special measures. But what if the problem is society itself?

Some Victorians saw poverty as a transient state. A poor person was someone en route to becoming a rich person, rather as an ape was en route to becoming a human being. For the state to intervene in the laws of the marketplace would only derail this desirable evolution. Some of these apologists for progress and civilisation would have been aghast at the idea that there would still be widespread hunger almost 200 years on. Much the same view was taken of Empire. Colonial peoples were stuck at an evolutionary point which we ourselves had left behind some centuries ago, and the more enlightened of our forebears felt the need to bring these savages up to date by invading their territories, hi-jacking their labour-power and plundering their resources. They did not pause to reflect that a major reason why the colonies were in a dire state was because they themselves existed, rather as a major reason for the existence of the poor is the activity of the rich. Others in Victorian Britain saw poverty as a natural condition, and thus as unchangeable. This, however, doesn’t follow: not all natural conditions are unchangeable, as the planet knows to its cost. It’s a lot easier to move a mountain than to demolish patriarchy. There are, however, certain natural phenomena which never vary, like the need for nourishment or the nastiness of the US Republican party, and destitution could easily be added to the list. Besides, an authority as unimpeachable as the Son of God had declared that the poor are always with us. If Jesus was a Tory, who were we to say otherwise?

After a while, however, poverty became a scandal. It showed no signs of disappearing, but ideologically speaking it grew less acceptable. This was partly because of the growth of humanitarianism, and partly because too stark a division between rich and poor was politically destabilising. The case that having an empty stomach is as natural as having typhoid thus crumbled away. Fewer people believed that capitalism, too, is just human nature, though this view still has a number of subscribers. It was growing harder to maintain that Neolithic Man could find his fulfilment only by running a corner shop, or that tribal peoples like the Nuer and the Dinka are secretly hankering to be stockbrokers. Aristotle thought that trade simply for the sake of accumulating wealth was unnatural. For some feudal ideologues, capitalism flouted traditional values and would never catch on. Shakespeare was well aware of the New Men, as the Elizabethans called them, and feared the devastation they were wreaking.

So hardship had to be accounted for in non-natural terms, and it was thus that the evolutionary theory became the trickle-down theory. In the end, the wealthy would come to the rescue of the needy. It is remarkable how resistant to reality this pious faith has proved. Karl Marx was derided for claiming that the rift between the well-off and the hard-up would widen as capitalism developed, but he has proved prophetic. It is the rich who are getting richer, not the poor. If it is true that capitalism can lift some people out of deprivation, it is also true that it can plunge others into it, sometimes at the same time. Scotland’s poor are left to die

Even so, the myth persists that granting tax breaks to billionaires is the quickest route to all-round affluence. How many times must this theory fail in practice before it is finally discredited? Imagine someone who believes that the killing of African Americans by police officers is simply a series of tragic accidents. It says nothing significant about the structure of American society. The more African Americans are murdered, the more stubbornly this individual sticks to his view.

If he isn’t entirely dim-witted, one can only account for this by appealing to ideology. There must be some reason why this man can’t afford to acknowledge the existence of systematic racism. To do so might seriously jeopardise his own interests. He might be forced to look at the world in a way that makes it hard to carry on living as he does. The same goes for the Kentucky ex-coalminer standing up to his waist in flood water who, when asked whether climate change may have played a part in destroying his home, hesitated for several seconds before grudgingly replying: “It’s possible.”

It isn’t in the interests of the current economic system to acknowledge that it breeds inequality in the same way that sugar is sweet. This is why some look forward to the time when the low-paid will catch up with Elon Musk, or at least with Gary Lineker. This will certainly come about, but only in the kingdom of heaven, and people surviving on sandwiches because they daren’t turn on the cooker are reluctant to wait that long.

The beauty of the American Dream is that it accepts the reality of poverty, but in an upbeat kind of way. The badly off won’t get to live in Martha’s Vineyard, but individuals here and there will bootstrap themselves to success. There is a ladder leading to the top, but like all ladders it is wide enough to hold only one at a time. Society is one enormous lottery, and what keeps you from chaining yourself to the nearest police officer is the prospect that your number might always come up. Meanwhile, as you visit your local food bank, it is consoling to think that others are paying a fortune for tickets to the moon. The hearts of the unemployed swell with patriotic pride at the thought of the urchin from the Bronx or Detroit who grew up to be a millionaire and throw them out of their jobs. 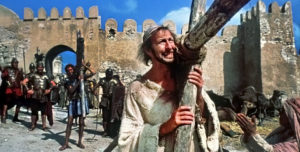 Every civilisation has its blind spots — the unsayable or inconceivable, the invisible framework which marks the limits of permissible thought. In Britain today, this is the property system. This situation, too, hasn’t changed since Victorian times. In the 1840s, a famine broke out at the heart of the British Empire, the greatest social catastrophe of 19th-century Europe. One million Irish people died, while millions of others emigrated. One reason they did so was because the British government wouldn’t permit any tampering with the laws of the capitalist economy. Few people today believe that this set-up is divinely ordained, but a lot of them behave as though it is. Watch Kirsty Wark’s blank, uncomprehending visage when someone on the show is rash enough to mention socialism.

Before we squabble about restoring a tax cut here or help for the most vulnerable there, we should step back and contemplate for a moment the sheer surreal lunacy of the situation. In a world in which computers are so advanced that they may be feeling lonesome, and for all we know are secretly dating each another, people are going to die because they are deprived of goods to which they have an absolute right. Perhaps it will soothe the grief and fury of their families to point out that there is no alternative — that, in the midst of the greatest affluence and technological wizardry history has ever witnessed, the wit of humanity is unable to conceive of a different way of doing things. I wouldn’t like to be the politician who tries to tell them.