Just five days after the storming of the Bastille, the Rev. Thomas Malthus rose to the pulpit with the text from the Gospel of Matthew: “whatsoever you wish that others would do to you, do also for them”. He was, by all accounts, a rather dull preacher, and was seemingly unaffected by the tumultuous events of the revolution taking place over in France. Keep calm and carry on could have been his motto. But within a decade he was to publish a book that would make him possibly among the most cancelled men in history, An Essay on the Principle of Population.

Populations grow exponentially, he argued, but food supply grows in a more linear way. And so, at some point there are more people alive than there is food to support them, whereupon there will be some crisis — plague, famine, war — that will reduce the population so that it comes back into line with the amount of food there is to support it. One way of avoiding this is to take preventative measures to reduce the population, including cutting support for the poor so that they are encouraged to have fewer children. As such, Malthus famously opposed the Poor Laws of the 18th century, a primitive form of welfare provision.

Many thought he hadn’t quite got the message of Matthew’s gospel. And the cultural commentators of the 19th century — including, variously, the Romantic poets and, most vociferously of all, Karl Marx — engaged in what we would now call a “pile on”. Malthus was cancelled. But despite the extent of the hostility this mild-mannered clergyman engendered, his views never quite seemed to go away. This week, the modern day Malthusian, 90-year-old biologist Paul Ehrlich, was invited on to the American TV show 60 Minutes, where he expressed views that come straight from Malthus. “The next few decades will be the end of the kind of civilisation we’re used to,” he argued. Apparently, humanity is now consuming 175% of what the planet can regenerate.

Ehrlich has a long history of such prognostications. In 1968, he published The Population Bomb, which began: “The battle to feed all of humanity is over. In the Seventies, hundreds of millions of people will starve to death in spite of any crash programmes embarked upon now. At this late date nothing can prevent a substantial increase in the world death rate…” Two million copies of the book were sold. Under his influence, couples decided not to have children and men went out and had vasectomies. But Ehrlich was wrong. In fact, from roughly the time of the book’s publication, the global death rate has declined substantially.

Ehrlich was especially pessimistic about the situation in Asia. “India couldn’t possibly feed two hundred million more people by 1980.” In classic Malthusian style, he proposed that countries such as India that refused to implement population control measures should be cut off from aid — in effect, starving them into submission. But from the time his book was published to the early 21st century, India tripled its population from 400 million to 1.2 billion.

And yet the rates of malnourishment and poverty in India have declined. Ehrlich was dismissed as a dangerous crank. Which is why his return on a programme as high-profile as 60 Minutes caused outrage. Jordan Peterson tweeted: “Paul Ehrlich has been famously wrong about everything he has predicted for six decades” — to which Twitter boss Elon Musk replied: “His Population Bomb book might be the most damaging anti-human thing ever written.”

Given well over 200 years of unrelenting hostility, why is it that Malthusian ideas refuse to go away? And equally puzzlingly, why is it that some people get cancelled for expressing them and others don’t? Take national treasure David Attenborough. In 2013, he explained to the Telegraph: “What are all these famines in Ethiopia, what are they all about? They’re about too many people for too little land. That’s what it’s about… We say, get the United Nations to send them bags of flour. That’s barmy.” In his 2020 documentary A Life on Our Planet, he insisted: “As I see it, humanity needs to reduce its impact on the Earth urgently and there are three ways to achieve this: we can stop consuming so many resources, we can change our technology, and we can reduce the growth of our population.”

Why the West should have more kids

The environmental crisis has given Malthus a new lease of life. We now live in the Anthropocene era — and with its consequent focus on the impact humanity has on the planet, Malthus is back on the agenda. As economist Jeffrey Sachs put it, “when [he] trained in economics, Malthusian reasoning was a target of mockery”, but he later came to realise that “the Malthusian spectre is not truly banished — indeed far from it.” Later, in 2008, Sachs published a book with a distinctly Malthusian title, Common Wealth: Economics for a Crowded Planet.

The core of the moral case against Malthus is that he blames the poor for their poverty. And not just blames, but proposes that they are punished for it too, with Poor Laws (Malthus) or flour withdrawn (Attenborough) so that the conditions for population expansion are not extended. As many have pointed out, given the location of population hotspots, this is also effectively racist.

Those who want to promote the capitalist economics of continual growth have leapt on these arguments to bash those who argue that we should tread lightly on this planet. Marx may have hated Malthus, seeing in his philosophy a dangerous alternative to Marx’s own desire to upend the mechanics of capitalism. But long-term, Malthus’s idea that the planet provides only a limited supply of resources may be a much more threatening thought to the philosophy of the free market. 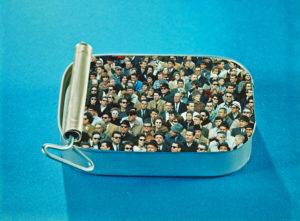 There are two basic ways of thinking about the issues Malthus raised. One is empirical and data-led, with population graphs describing complex demographics. And one major criticism of Malthus was that he wasn’t very good with the numbers. But there is also an underlying philosophical issue behind the numbers. For Malthus the theologian, nature after the Fall was unable to provide an unlimited supply of resources. For the Romantics, by contrast, nature was ever bountiful, supplying a plentiful answer to expanding human need.

Likewise, the new Romantics, as it were, believe that technology is permanently creative, offering new and inventive ways of supporting growing populations. That is a bet that some of us are less than confident in making. Malthus’s dark and morally repugnant prescriptions for the plight he diagnosed do not necessarily invalidate the diagnosis itself. However much we may want to cancel Malthus and his ideas, they just won’t go away. The Anthropocene frames the Anthropos as the problem: will humanity eventually eat itself? It’s a disturbing nightmare that won’t go away.