Medical ethics are about protecting society from medical malfeasance and the self-interest of the humans whom we trust to manage health. It is therefore disturbing when prominent people, in a prominent journal, tear up the concept of medical ethics and human rights norms. It is worse when they ignore broad swathes of evidence, and misrepresent their own sources, to do so.

On July 8th 2022, The Lancet published a ‘Viewpoint’ article online: EFFECTIVENESS OF VACCINATION MANDATES IN IMPROVING UPTAKE OF COVID-19 VACCINES IN THE USA. The article, which acknowledges the controversial nature of vaccine mandates, primarily concludes that coercing people to take a medical product, and reducing options for refusal, increases product uptake. It further concludes that the best way to implement such mandates is for employers and educational institutions to threaten job security and the right to education.

The use of coercion goes against the established ethics and morals of Public Health, and could be argued to be anti-health. In this case, the article justifies it by stating that “the current evidence regarding the safety of COVID-19 vaccines in adults is sufficient to support mandates”. However, it offers scant evidence to back this assertion, and ignores all evidence to the contrary. They apparently consider the ability to work and support a family, or gain formal education, as something that is to be granted or taken away, not a human right.

The Lancet was once a credible journal with a rigorous policy of peer review. However, in this article it appears to have dropped its former standards, promoting medical fascism (coercion, threat and division to achieve compliance with authority) without insisting on a rigorous evidence base to justify such an approach. This suggests an attempt to normalize such approaches in mainstream public health.

Past experience has shown us where fascism behind a façade of public health can lead.

The sterilization campaigns aimed at coloured and low-income populations of the US Eugenicist era, to the extensions of similar programmes under Nazism in 1930s and 1940s Europe, relied heavily on the normalisation of such approaches. Leading public health voices from Johns Hopkins School of Public Health and other institutions championed a public health approach of sanitising populations rather than environments, encouraging the idea of a tiered society where health ‘experts’ determine the rights and medical management of those deemed less worthy. 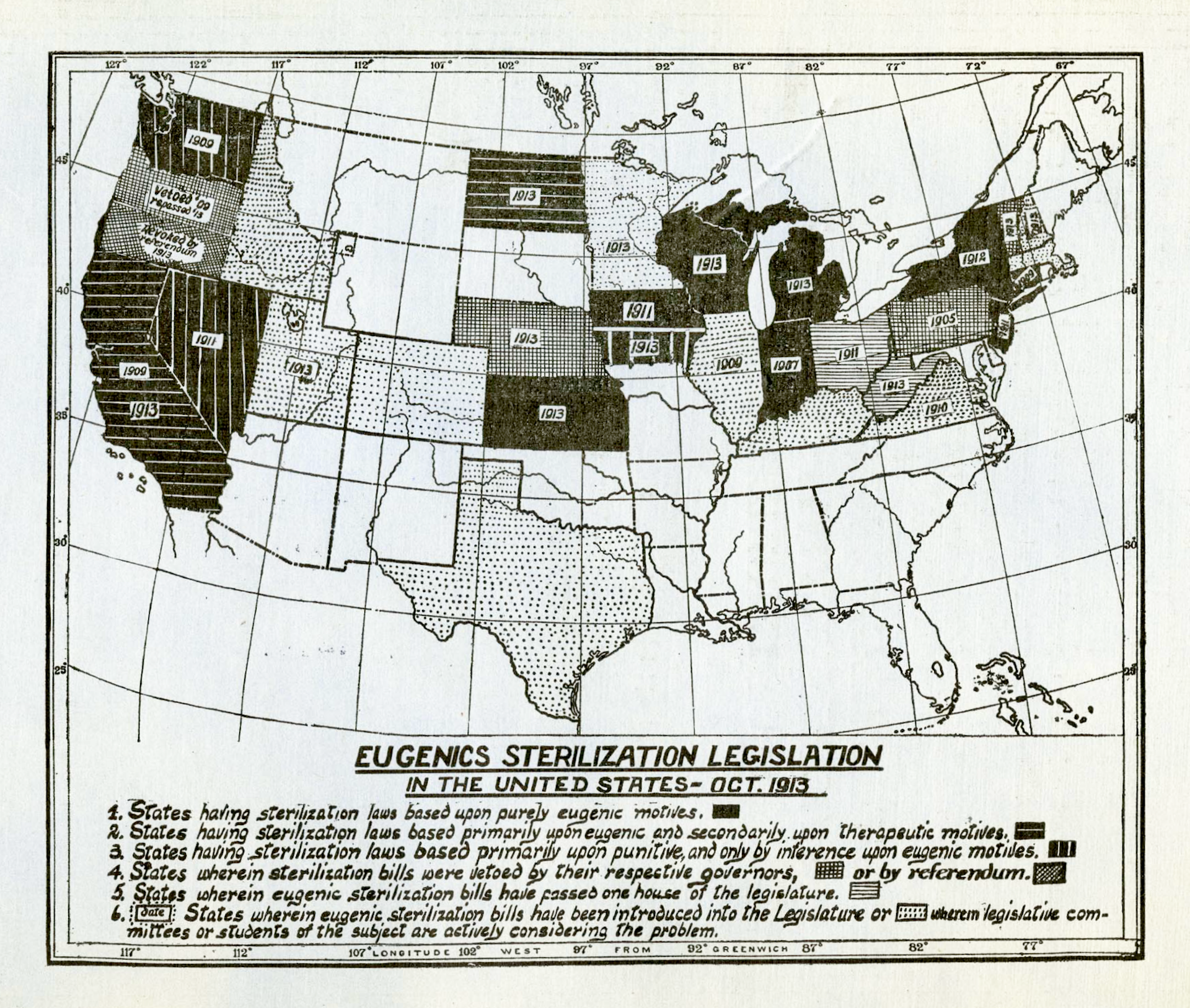 By 1913, many states had or were on their way to having eugenic sterilization laws. Boston Medical Library in the Francis A. Countway Library of Medicine

Avoiding the discomfort of evidence

The authors of this Lancet paper, ranging from academics and medical consultants to the daughter of prominent politicians, attempt to rewrite human rights in medicine as if precedent never existed. Their argument for coercion in mass vaccination recognises that ‘vaccine mandates’, whether issued by governments, employers or schools, all involve a loss of rights. No serious attempt is made to provide a medical justification for mass vaccination with a non-transmission-blocking vaccine. The paper focuses on the premise that coercion, commonly considered a form of force, makes humans do things they would not otherwise do.

Banning fellow humans from making their own health choices on pain of loss of normal participation in society has an impact on increasing vaccine uptake. This is hardly a revelation to any thinking human, but clearly important enough to justify publication in The Lancet.

The article links to evidence of vaccine mandates used for state school entry that show higher compliance when the right of religious and personal belief exemption is removed, or where onerous requirements for exemptions are put in place. Leaving ethical questions aside, the obvious lack of similarity between the authors’ predicate childhood vaccinations that block transmission and COVID-19 vaccines that have minimal impact on transmission, and may even promote it, is ignored. The only mandated adult vaccine predicate referenced in the article, the influenza vaccine, provides only a 2.5% reduction in pneumonia ‘when the (mandated) vaccine was well matched to circulating strains’ in the reference quoted.

When raising the sacking of non-vaccinated workers, the authors seem comfortable with the approach but coy in admitting its consequences. Their admission that “a few large US employers have terminated hundreds of workers for non-compliance references an article in ‘Money’ magazine which actually paints a bleaker picture, characterising it as a ‘great resignation’.  The authors will also have been aware of mass lay-offs by large employers such as New York City (over 9,000 sacked or placed on leave), the US Department of Defense (DoD, which sacked 3,400), Kaiser Permanente (laid off 2,200), and the tens of thousands of staff lost from the UK care-home sector. Extrapolated across countries and society to actually provide credible data may have been too uncomfortable for the authors and Lancet editors.

High efficacy and safety are an obvious (though on their own, insufficient) prerequisite  for any mandated product. This entire area of safety is dealt with by stating: “The current evidence on the safety of COVID-19 vaccines in adults is sufficient to support mandates”, supported by a single study comparing vaccinated individuals 1-3 weeks and 3-6 weeks post vaccination, revealing low levels of myocardial infarction, appendicitis and stroke. The claim that “widespread administration in adults has quickly generated a large evidence base supporting the vaccines’ safety, including evidence from active surveillance studies” suggests that both the authors and Lancet are unaware of the VAERS and Eudravigilance databases set up for exactly this purpose. No mention is made of growing data on myocarditis, menstrual irregularities, or the excess all-cause mortality and severe outcomes in vaccinated groups in the Pfizer randomised control trials on which the FDA emergency registration was based. Were The Lancet’s reviewers unaware of these sources?

The sole reference to vaccine efficacy discusses COVID-19 ventilated patient outcomes, It ignores the period to 14 days post previous dose that Pfizer acknowledges can be associated with immune suppression. Fenton et al. have noted that classing a vaccinated person as unvaccinated in the first 14 days post injection has profound impacts on vaccine effectiveness data.

Ignoring the awkwardness of reality

Post-infection immunity in the unvaccinated is a threat to arguments for mandates. The authors disingenuously state that “evidence suggests that the immunity produced by natural infection varies by individual, and that people with previous infection benefit from vaccination. New variants further undercut the case for adequacy of previous infection. Two references are used here: one from a study in Kentucky and the other a study from Qatar. The Qatar study finds that “the protection of previous infection against hospitalization or death caused by reinfection appeared to be robust, regardless of variant.”, whilst the Kentucky study found Covid re-infection was reduced by vaccination over a 2-month period in the months soon after vaccination, prior to the waning and then reversal of this protection demonstrated in studies of longer duration elsewhere.

The vast breadth of evidence on relative effectiveness of post-infection immunity is ignored. Either the authors failed to read their references and are unaware of waning and of the vast literature on post-infection immunity, or they do not consider demonstration of efficacy important for coerced medical treatments. 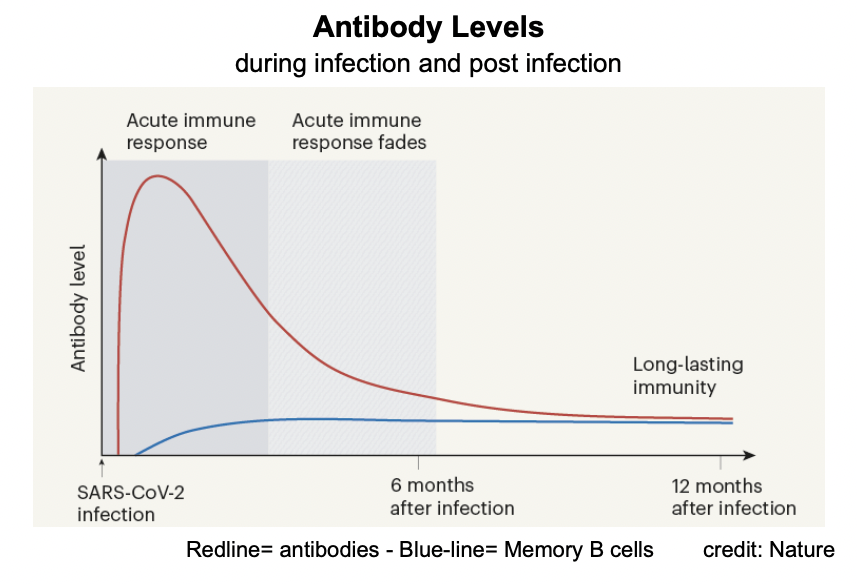 In a previous era, or in a previously credible medical journal, an argument for coercion to support a medical procedure would have required very high standards of evidence of efficacy and safety. It is arguing for the abrogation of fundamental principles such as informed consent that are at the core of modern medical ethics. Failure to address well-known contrary data should prevent an article from even reaching the peer review stage.

We are left with a paper stating that coercion is a good path to increase compliance for a product that does not reduce community infection risk, and has potentially serious side effects. Ignoring both of these aspects of COVID-19 vaccines is a poor approach to justifying mass vaccination.

The sole nod to any human rights concern – “Some objectors argue mandates represent undue encroachment on individual liberty” –  is an interesting way to characterize removal of right to income, education and the ability to socialize with others.

Although all these rights are recognized under the Universal Declaration for Human Rights,  the authors and The Lancet consider them insufficiently serious to dwell upon..

Public health has been down this road before. We have seen the path society takes when basic public health principles are subverted to achieve an aim that some perceive as ‘good’. We have also seen how most health professionals will comply, however horrific the actions involved. There is no reason to believe that this round of medical fascism will end differently. We rely on medical journals such as The Lancet to apply at least the same standards to the purveyors of such doctrines as they do to others and demand a rational and honest evidence base. Anything less would raise legitimate questions as to the role the Journal is taking in promoting these doctrines, and their place in a free, evidence-based and rights-respecting society.

The post Medical Fascism in the Lancet appeared first on PANDA.