Fourteen years ago, when Boris Johnson was a mere twinkle in the British electorate’s eye, I wound up shadowing the then MP for Henley-on-Thames as he campaigned to become Mayor of London. He won, of course, then bagged a second mayoral term and, while still mayor, acquired another safe Tory seat. Along the way he had a few affairs, sired several children, and said some rather horrid things about black people. Then he became Prime Minister. Say what you like about Johnson, he’s a serial winner, albeit mainly of one-horse races.

One rare moment of excitement during that first Mayoral campaign occurred when Johnson’s team shipped in a bunch of Ugandan politicians and dumped them on the streets of south London to spice up the optics of an otherwise all-white campaign. Some years later, while on the Obama campaign trail, me and Suzanne Moore were similarly used as effnik stooges at a John McCain rally in Richmond, Virginia. We were plonked just feet away from the presidential wannabe to add a multicultural couple to an otherwise sea of white.

Today, however, the fine line between racism, tokenism and cynical opportunism is being revealed as the war in Ukraine enters its third month. Amid the exodus of five million people fleeing the Russian invasion, several expat African, Asian, and Middle Eastern students, as well as non-white Ukrainian nationals, have reported how the authorities are giving white citizens free passage out of the beleaguered country while holding back “foreigners”. Having spoken to legions of black friends, relatives and colleagues in my Caribbean bolthole, across the diaspora and back home in the UK, such accounts appear to confirm the Afro-cynical view that the Ukraine conflict is a white man’s war and one black people would do well to keep out of.

For many in the African diaspora, myself included, the sight of Poland’s EU commissioner pledging to shelter Ukrainian refugees in his own home, and of the UK government creating a “Homes for Ukraine” scheme, and of the US opening its doors to 100,000 Ukrainians smacks of Eurocentric self-interest — a self-interest that reinforces a sense of black cynicism and resentment. As Trevor Noah pointed out during one of his monologues on The Daily Show at the start of the war: “It is interesting that Eastern Europe has been so willing and able to accept a million people coming into their countries in just a few days, when, just recently, they didn’t seem to have any space for a different group of refugees.” 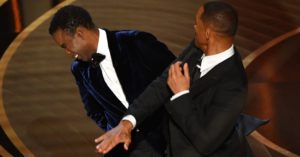 The myth of the black role model

We’ve all seen countless images of Syrian refugees in convoy zigzagging their way across Europe in search of safe haven, while the EU pays off Turkey to keep them from getting to Greece. We’ve heard the Polish prime minister Mateusz Morawiecki state publicly that “we will not be receiving migrants from the Middle East and North Africa in Poland”. We’ve seen Hungary’s 13ft razor-wire fence stretching 115 miles along its border with Serbia designed to keep out refugees like wild dogs. And we’ve seen the gut-wrenching images of migrants’ corpses washed up on our shores or packed into the back of container lorries like dead meat, while successive prime ministers galvanise the sort of “hostile environment” immigration policies that led to the Windrush scandal and the bizarre outsourcing of asylum seekers to Rwanda.

Helping to prosecute this “narrative” is a Western news media which black readers, viewers and listeners have become all too adept at decoding for dog whistles and subtexts and racial bias that don’t seem to matter in the context of expressing solidarity with Ukraine. “It’s very emotional for me because I see European people with blue eyes and blonde hair being killed,” Ukraine’s Deputy Chief Prosecutor, David Sakvarelidze, told the BBC. “This isn’t Iraq or Afghanistan… This is a relatively civilised, relatively European city,” reported CBS foreign correspondent Charlie D’Agata. “Just to put it bluntly, these are not refugees from Syria; these are refugees from neighbouring Ukraine. These are Christians, they are white, they’re … um… very similar to the people that live in Poland,” intoned NBC News correspondent, Kelly Cobiella. “Now the unthinkable has happened to them. This is not a developing, third-world nation. This is Europe,” gushed one ITV “reporter”.

Add to this the weight of history, Europe’s discriminatory migration policies, and the existence of various neo-Nazis on both sides of the frontline, and it comes as no surprise that very few black people have been inspired to take up arms and join President Zelenskyy’s International Legion of Ukraine. There are two notable exceptions: Malcolm Nance, a 61-year-old former US intelligence officer and ex-MSNBC analyst, and Ben Grant, a former Royal Marine and eldest son of Tory MP Helen Grant, have both signed up to the Legion. While Nance has been tweeting furiously, giving interviews and posing for macho photos since he took off for Ukraine over a week ago, little has been heard of 30-year-old Grant since he left for the frontline in early March. Even in the case of Nance, despite his relatively high profile, the comparative lack of interest in both his and Grant’s welfare — from blacks and whites alike — further illustrates a growing and widening “not our war” indifference that black people caught earlier but one suspects will soon become the British norm.

If “black Twitter” and the global Afritariat are anything to go by, Robert Downey Jr donning blackface in Tropic Thunder is more likely to get a round of applause on the streets of Harlem or Brixton than either Nance or Grant. The historic ill-treatment of black personnel in the US and British militaries is something the diaspora isn’t about to forget in a hurry, not least because even tokens such as Nance and Grant are so thin on the ground that black people literally see themselves as having no stake in the war, despite the ripple effects of rising fuel and food prices affecting them as much as anyone else.

Whether it’s tokenism, racism, or plain old indifference, the uncomfortable truth is that black whataboutery concerning the West’s interest in the sanctity of Ukrainian life over that of Afghanis, Iraqis, Yemenis or Congolese belies a romantic view of Russia as my enemy’s enemy is my friend. This is, of course, naive. Yet, to paraphrase Muhammad Ali’s apocryphal draft dodging line: “No Russian ever called me nigger.”

Having grown up during the Cold War, the son of parents who toiled under the British colonial yoke, at the very least I speak for a generation that believed that the only bulwark against American imperialism, or the suppression of black sovereignty, or European neo-colonialism, or support for British and South African apartheid was the existence of a nation with the balls to stand up to Western decadence. But life has moved on. It’s time Russia showed more heart and less balls, and at the very least called a ceasefire. Perhaps it’ll end up being nothing more than a token gesture, but at least it will be one the diaspora can support.