Elizabeth Warren will never be president. The senior senator from Massachusetts is in many ways hugely qualified for the job. She has a list of legislative achievements to her name, and on subjects like cryptocurrency reform she is still on the case and in the news. She ran a decent campaign for the Democratic party nomination in 2020. She is still young (compared to the President, anyway…) and if Joe Biden steps down she could in theory be the fall-back choice for 2024.

Except she couldn’t. Because of one man, one word.

For many years, political opponents had complained about the fact that Warren, while a professor at Harvard Law School, had been counted as a native American. It simmered, this row, but never really reached boiling point.

Until Donald Trump. The word: Pocahontas. He used it repeatedly to describe Warren in 2016, when she was stumping for Hillary Clinton. (Warren might have been Hillary’s vice-presidential pick!) A typical example from a rally that summer:

The earnest fact checkers at the New York Times would tell you that Senator Warren was eventually goaded into taking a DNA test, which suggested that somewhere in her past there was probably some Native American blood. But nothing that justified her signing an ethnic cookbook, “Elizabeth Warren, Cherokee”. Not that the facts matter, terribly. Pocahontas hangs round her neck. It was the unspoken issue in 2020 and would be very much spoken were she to become the nominee in 2024.

I don’t mean to diminish her. She is a serious woman with a policy programme that could excite her party. But presidentially, she is toast. The genius of Donald Trump is the damage he can do with a word or a phrase. Pocahontas. Crooked Hillary. Low Energy Jeb. He finds something you might feel about a person, something you might even be ashamed of thinking, something you might not say publicly, and brings it to the fore. Makes it public, and unavoidable: visible from space. As Adam Serwer of The Atlantic put it: “The cruelty is the point.”

The Low Energy barb was aimed, of course, at a fellow Republican, dear old Jeb Bush, which brings us to the question at hand. Is Donald Trump — despite his obvious stumble in the midterms, the failure of some of his endorsed candidates, the anger of some party bigwigs towards him — still such a vicious political brawler that no one, man or beast, could withstand the impact of his vitriol? Once he gets going, on Fox News, in debates on all the US networks, perhaps back on Twitter, can he prevent any candidate from garnering the support of serious numbers of Republicans?

Let us assume that Trump supporters, the really hard core, make up 30% of the modern Republican party. Support for the other candidates at the Republican primary is going to be split among the remaining 70%. To succeed, one of them is going to have to become the anointed anti-Trump. Can Trump stop them?

As a recent headline in Politico put it: “Can Trump Do to DeSantis What He Did to Bush?” The smart money is on no. The early effort at bashing Florida Governor Ron DeSantis has itself been low energy. Trump rambling about knowing stuff only his wife would know felt crucially out of kilter with the public perception of the DeSantis marriage, as did a trial run of the phrase “Ron DeSanctimonious” at a rally during the election campaign. How free should US states be?

The thing is: Ron is not sanctimonious. At least not noticeably. His enemies say he’s un-charming and emotionally tin-eared but not sanctimonious. The phrase felt lame, untethered. It lacked the galvanising impact on the hypothalamus, the amygdala, the limbic cortex.

Ah, but wait. He’s only getting going. Perhaps these are what is known in the world of artillery as bracketing shots. They are establishing the target and warming the trigger finger. As Michael Kruse of Politico — the author of the Trump-DeSantis piece — heard from some serious players, the 2024 Republican primary is going to be HUGE and, whatever you might think now about the strength of the players, supremely unpredictable:

“Folks forget,” another close Trump adviser said, (we assume with a shudder,) “what DJT can do to somebody.”

To which the anti-Trump crowd respond with what they think is their trump card. Folks are over this stuff. Over Trump because they are over the whole appeal to the limbic cortex malarkey. They are keen on having their children catch up on the learning lost in the pandemic; finding a cure for inflation; working out a plan to end the war in Ukraine.

In fact, whisper it, they are not quite as angry as some of America’s liberal-dominated media might suggest and fear. The Intercept reported in late October a fascinating fact: the net worth of the poorer 50% of Americans has doubled since the first quarter of 2020 and is now far higher than it has ever been in American history. America is still hugely unequal, and poor people are still desperately poor, but assumptions about a class of hard-pressed folk at the ends of their tethers may be wide of the mark. 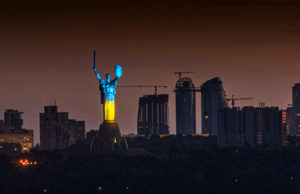 What I picked up following the State Senate candidate Greg Rothman round streets in suburban Pennsylvania for the Today Programme in the week before the election was a disinclination among Trump supporters to be as angry as their man. The personable Mr Rothman (who won his seat and has always supported the former president) was happy to acknowledge that Trump’s ill-discipline, his vitriol, was tiring and potentially off-putting.

But here’s the trap for Republicans tempted to agree. What if the anger drains away? What if the language of the party becomes more temperate again? What if they become… normal again? Having morphed into a firmly anti-establishment, tell it like it is, un-PC party, how do they keep the voters they have attracted to the polls when the message is more subtle. The many Americans who liked Trump because he stuck it to the elites and their ability to dominate the culture (Pocahontas, etc.) might be less energised by a DeSantis who had the same attitude (he does) but not the same bite.

“The biggest complaint you hear about DeSantis is that he never says thank you,” a veteran GOP strategist told Vanity Fair. DeSantis’s personality has been described as a mix of extreme arrogance and painful awkwardness. “He’s missing the sociability gene,” a prominent Republican said.

So is DeSantis likeable enough to be elected president? Trump was not likeable but had this other secret sauce: his extraordinary ability to connect with the dislikeable aspects of all our personalities. DeSantis might only prove dislikeable.

In those circumstances, where does the party turn?

Back to Trump. The face-eating dragon. Roaring again by 2024. Probably losing the general election but that may well be the party’s fate: they rode the dragon and are in the process of discovering: dismounting was never part of the deal.