Self-reinvention narratives have always played well in America — perhaps unsurprisingly, given the origin story of the country itself. From the feel-good to the sinister, the Great Gatsbys to the Talented Mister Ripleys, there’s something enticing and titillating about the idea of uprooting from one location, one identity, and starting over in a place where nobody knows your name (or, in its darker iterations, where nobody knows the face of the person whose name you’ve taken).

In the digital age, however, the fresh start is more elusive. The internet is everywhere, and the internet remembers; the person you used to be still lives there, preserved in the form of archived links and deleted-but-screenshotted posts, ready and waiting to dispel any notions you might have had of leaving him behind. And while maintaining a careful separation between the digital self and your actual one can mitigate some of the risk, even the most painstakingly constructed pseudonymous identity inevitably develops a crack or two, through which the real you can be glimpsed — especially if your pseudonymous self is, not to put too fine a point on it, a bit of a flamethrower.

This brings us to a New York Times op-ed titled, “Did the Mother of Young Adult Literature Identify As a Man?”, which was published in late December to widespread consternation. The content of the essay has already been thoroughly dealt with by critics, who alleged that its author, Peyton Thomas, indulged in both contextual misrepresentation of Louisa May Alcott’s writings and no small amount of crude gender stereotyping, to support the illegitimate, retroactive transing of the Little Women author. (Among these was noted feminist critic Katha Pollitt, who in a letter to the editor wrote: “What 19th-century woman with genius and gumption wouldn’t chafe at her restricted life and long for the broad freedoms of manhood?”)

But equally interesting, and largely unremarked-upon, was the reaction to the op-ed by a smaller group — one less outraged by the essay’s content and more profoundly amused that the author was given the chance to write it in the first place. Because while for the average New York Times reader, this essay would have been the first time they encountered Thomas’s work, these commentators — who skewed generally younger and far more online — had been watching Thomas make arguments just like the Alcott one for years on the microblogging site Tumblr, where he was a sometimes controversial figure.

For those not familiar with the early-2010s dynamics of Tumblr: Katherine Dee has described the site, accurately, as the “digital sideshow attraction” from whence much of today’s weirdest and most toxic identitarian political discourse originates. It is important to note, therefore, that most of the drama surrounding Thomas, like most Tumblr controversies generally, is so overwrought, convoluted, and terminally online that it’s both impossible to parse and not worth giving more oxygen to. (For this reason, I’m not linking to it.)

What is worth discussing, however, is how easily Tumblr’s cult-like fandom culture became the default mode of engagement for its adherents, a way to not only participate in fandom but to understand the world. The way discourse functioned on the site, it was a brief step from writing gay fan fiction about, say, Sherlock Holmes and John Watson, to fantasising openly about a same-sex romance between the men who played them, Benedict Cumberbatch and Martin Freeman — and then to lashing out publicly at actress Amanda Abbington when she had the audacity to not only be cast as Watson’s love interest, but to be Freeman’s paramour in real life. 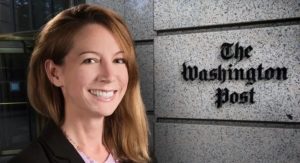 Peyton Thomas was a content creator within multiple Tumblr fandoms, and like many young writers, developed a professional career out of his early, more informal posting in a way that made it difficult to leave Tumblr entirely behind. “Lots of writers sort of put their fandom identity to the side when they become professional writers,” Thomas told me by phone. “For me, that’s never been possible, because so many of my first assignments came out of people who’d been reading my Tumblr.”

Curiously, Thomas’s best-known work of fan fiction was one with a real-life analogue that also blurred the lines between reality and fantasy: the same month that Thomas posted a full-length fan fiction screenplay for a Spider-Man movie featuring a bisexual Peter Parker, he also sparked a rumour that Andrew Garfield had been fired from the Spider-Man franchise after two films because he wouldn’t stop pushing for the hero to have a same-sex romance.

In hindsight, Thomas says, he got a bit ahead of himself.

“That was definitely an overstatement, that he was fired because of this. I don’t have any definitive proof, and I didn’t then, that he had been fired for making those comments, or that the entire franchise had collapsed because he made those comments,” he told me. (He did note, accurately, that Garfield felt both constrained by the canonical requirements of the Spider-Man franchise — a 2011 licensing agreement stipulated that the Peter Parker Spider-Man character could only ever be portrayed as a heterosexual white man — and disillusioned by the pressure from Sony to retract his comments about making the hero bisexual.)

But less interesting than the lack of truth in this rumour is the way in which it wasn’t true, how perfectly the story of Garfield’s alleged firing fit within the Tumblr paradigm of disregarding canon (or in some cases, reality itself) in favour of a narrative that is less true but more exciting. Viewed through this lens, the gay Spider-Man fanfic, the Andrew Garfield rumour, and the Louisa May Alcott essay all coalesce into a single category of thing: they are all fantasy, all projection, all the headcanon of a super-fan imagining an alternative reality into existence. The only difference is that the first two things could be more or less written off as internet nonsense, while the latter was deemed worthy of inclusion in the nation’s most prestigious newspaper.

To be as charitable as possible to Thomas, his Alcott essay — like his Spider-Man rumour — is not based on nothing. (Among those presently struggling with the question of how to understand Alcott’s identity through the lens of contemporary gender politics is Louisa May Alcott Society president Gregory Eiselein, who is quoted in Thomas’s essay as saying, “I am certain that Alcott never fit a binary sex-gender model.”) And none of this is to say that having been a Tumblr poster, or even a Tumblr shitposter, should disqualify a person from eventually making a living as a writer or cultural commentator. Many authors working today first began honing their craft as amateur fanfic writers.

Meanwhile, in 2023, there are few young adults who don’t have a discoverable digital footprint dating back to their teens, the content of which should not be held against them, no matter how embarrassing or unsophisticated it might be. Those of us who came of age before the social web may thank the stars that our most cringeworthy adolescent thoughts are confined to the pages of a physical (read: burnable) diary, rather than preserved for all eternity on the internet. Yet it behooves us to recognise that one individual’s trajectory from Tumblr conspiracy theorist to NYT columnist is not substantively different to going back for your 10-year high school reunion and discovering that your lab partner from freshman biology — the one who always seemed to like dissecting frogs a little too much — is now an accomplished neurosurgeon.

Journalism is being eaten alive by opinion

Rather, I want to question the trajectory whereby an argument like this one — which ultimately hinges less on historical accuracy than the desire of its author that it be true — can make its way into the pages of the New York Times. Partly, this might be down to the existence of a commissioning editor on staff who likes to source their pitches from Twitter, where Thomas went viral last spring with a thread advancing the same thesis ultimately argued in the Alcott essay. But there is something here, too, about the ability of an ultimately half-baked idea to sneak past the gatekeepers of our most storied media institutions.

Much has been made of late over the threat of misinformation, as the public’s faith in American news media has fully split along partisan lines. Those on the Right no longer trust mainstream news, which in turn treats that lack of trust as a threat unto itself: even a casual news consumer has likely been warned about the dangers of QAnon, Russian bots, and the rise of an entire, Right-wing ecosystem dedicated to ensnaring gullible conservatives in an alternative reality made of fake news. But here we have a rare glimpse of how a similarly baseless story can spread beyond the cultish confines of the social justice Left and into the paper of record: as it turns out, even the New York Times will happily launder a narrative into news if it rings the proper, politically expedient bells on a hot-button topic.

In this case, of course, that topic was trans issues, which in addition to being a major front in America’s 2022 culture wars are also lately host to a smaller, internecine conflict between the New York Times news organisation — which has gone against the grain in recent months to report on, for instance, the medical controversy surrounding the use of puberty blockers on trans-identified kids — and its smaller, more ideologically homogenous opinion section. In this environment, something like the Alcott essay isn’t just clickbait; it signals to those readers who were inflamed by the aforementioned reporting that the NYT is still down with the cause. And of course, this willingness to bestow its imprimatur upon a story that is factually flimsy but politically correct is not exclusive to the Gray Lady: in past several years, institutions from The Guardian to Scientific American have allowed embarrassingly bad arguments to be printed in their pages because they promoted a narrative that progressives wish were true.

The truth is that bias-stroking sensationalism has a way of finding purchase in the media on Left and Right alike. Once you notice this, it’s hard to unsee it — as with last week’s explosion of news stories about the dangers (or, on the Right, the noble necessity) of gas stoves. It is just as much a problem with non-frivolous topics as it is with culture war fodder: while the Right-wing press engages in ghoulish, and foolish, speculation attributing this or that recent death to the mRNA vaccines, one recalls that the Left was no less gung-ho in amplifying nonsense stories about Covid denialists in red states gasping “It isn’t real!” as they coughed themselves to death.

If anything, perhaps we should be grateful to the New York Times for advertising that it is as susceptible to such audience capture as any other outlet. Then we might resolve, if we hadn’t already, not to simply believe everything we read.