We all know our consciousness is corrupt, and a long life, examined, brings the burden of regret, shame, and indeed a horror at our own actions that, at times, becomes scarcely bearable.

The theatre, and tragedy particularly, offers a median between outright confession and conscious, rational (which is to say flawed or at least untrustworthy) understanding.

The tragedy is like the story around the campfire and, just like the joke, frees us from rational consideration. In listening, we are transported into another world. “Once upon a time”, just like “there were these two guys”, not only reassures but instantly bypasses our, necessary, quotidian concerns with our own position, well-being, and self-image.

In hearing these mystic incantations, we relax, because we know the story is not going to be about ourselves. Should we suspect, in our unprotected state, that we are actually listening to a cautionary tale (that is to say, to an advertisement), the spell is broken, and we must bring our self-protective capacities to bear.

Here we are like the radio listener, as the host describes the humiliation of some public figure, when he segues, unannounced, into a commercial for internet-image protection and we realise we were hearing an ad.

When we thought we were getting a bedtime story.

The bedtime story exists to address the child’s fear of the night and his understanding of his own frailty. He is not called upon to face it and to deal with it through reason (“There are no such things as monsters”), but he is soothed by a mechanism bypassing his frail consciousness, and his equally frail capacity to be soothed by the same. Which frailty the child shares with us all.

To address his fears by saying, “So remember, never be changed into a wolf”, is to make the same error as putting on plays with a “message”. These are a terrible misuse of the theatrical moment. As are the “talk-backs”, transforming an evening at the theatre into an English class.

As free speech disappears like Jimmy Hoffa, producers and theatregoers are left with fear. Not only has a mechanism for relief been suppressed; the art form has been pressed into service of the repressive mechanism.

We have seen, on Broadway, the usual forms of comedy, drama, and tragedy supplanted by the pageant. A pageant is a celebration of human accomplishment, intelligence, grace, or luck — finally of human power over nature or circumstance. It exists to celebrate a person (the birth of Galileo), a place (the founding of Des Moines), or an idea (National Farm Week, the Munich Rally).

It is a perfectly reasonable excuse for a performance and addresses our need for togetherness. But it is the opposite of the drama. Finally, it’s just, for good or ill, “the high school play”. We attend to applaud the notion presented in the pageant’s title. We will not and cannot experience those emotions nor, then, that catharsis for which the theatre has always existed. We will not leave the pageant cleansed, calmed, surprised, laughing, weeping, thoughtful, or disturbed. And we will not leave having had the burden of our consciousness momentarily laid aside. 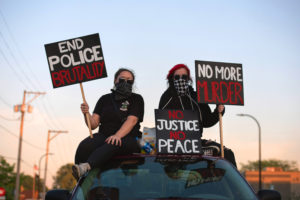 We know that he who rises refreshed from his prayers has had his prayers answered. Our prayers have, similarly, been answered in leaving the magnificent ballet, concert, or indeed football game: our burden had been lifted for a time. The pageant, however, answers not our prayers but the prayers of others. They, for good or ill, for whatever reason, civic pride, the hope of gain, the quest for adherents, have staged what is, finally, a demonstration.

The pageant has long supplanted the drama on Broadway, for the reasons following. Seventy-five percent of the Broadway audience are tourists. They come, legitimately, seeking an experience. They come to Broadway exactly as they come to Disneyland. As in that happiest place, they do not come to risk their hard-earned cash on a problematic event. (They might not like the play nor appreciate being “challenged”; they might just want a break after a day of shopping.) But no one need doubt that the teacup ride will function as advertised.

The knowledgeable Broadway audience, in the days of Odets, Miller, Williams, et cetera, is long in their graves, and their grandchildren basking in Scottsdale.

The middle-class New Yorkers (and the working class) supported the growth of the American drama. The tourist is not paying to do so, any more than he would pay to go to an amusement park with thought-provoking roller coasters.

Most plays are no damned good. The only way to write a play is to write a lot of plays. One learns through putting it on in the garage, in the storefront, off-Broadway, et cetera, trying and failing in front of a paying audience. There is no other way to learn how to write a play. Off Broadway, off-off-Broadway, are no more. The regional theatres have long devoted themselves to developing a subscriber-ship, “outreach”, “social consciousness”, and other means of destroying the possibility of attracting actual, ardent audiences.

No one says to his or her spouse, “Look online and see if there are any plays supporting the notion that (FILL INTHE BLANK) are people, too.” Or, “Get dressed, because, though you wanted to stay home and have a beer, it is the third Tuesday in the month, and we have to go use our subscription tickets to see some play.”

(By the way, what greater pleasure than recognising, of whatever event, that one is, at the moment, happier at home, and the tickets, whatever they cost, can go hang?)

Finally, to write a good play requires talent. There is not a lot of it around.

It was, I believe, Milton Friedman who, stunningly, said that the free market must exist to entice the able to reveal their abilities. If one has no possibility, in the theatre, of doing anything but staging platitudes, the talentless will (and do) step up, but the inspired have no reason to do so. The reward of the talented is unfettered creation. 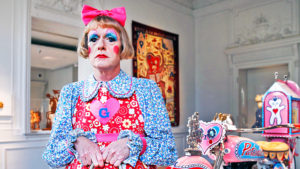 How artists lost their courage

The painter or composer may work in solitude. The creation of the dramatist is complete only with the addition of an audience. He is writing for them. To create, in them, a transformative experience (the laugh, the gasp, dead intent silence, or tears) is the greatest of thrills.

The hack is unaware of the existence of talent. He may happily take his pointless facility to producers happy to put on a show of no more actual worth than the monochrome canvases beloved of museum curators.

The New York Times, our newspaper of record, and the liberal media, in conjunction with the schools and colleges, insist that nothing shall be said or staged which does not express “right thinking”, that is, statism.

Outreach, education, diversity, and so on are tools of indoctrination. So, for example, are marine boot camp and the Bar Mitzvah. But art is the connection between inspiration and the soul of the observer. This insistence on art as indoctrination is obscenity, denying and indicting the possibility of human connection to truths superior to human understanding, that is, to the divine.

This is an extract from Recessional: The Death of Free Speech and the Cost of A Free Lunch by David Mamet.