In August 1957, a 15-year-old boy, on holiday with his family at Butlin’s camp in Filey, Yorkshire, jumped on stage for the first time during the thrice-weekly morning audition for Butlin’s National Talent Contest. His brother Mike joined him in the Everly Brothers’ Bye Bye Love. Then Paul — surname: McCartney — performed a couple of Little Richard numbers solo.

Paul did not progress in this talent contest, but went back to Liverpool and joined John Lennon in his skiffle group, The Quarrymen. But Butlin’s provided a stage for another future Beatle: Ringo Starr also played several times at its camps with his band, Rory Storm and the Hurricanes.

Butlin’s holidays are imprinted on the memories of thousands. People flocked to the camps, attracted by the offer of a week’s holiday with family entertainment and myriad activities for the equivalent of a week’s pay. I went to Filey, aged five, in 1960, and to Pwllheli in north Wales (also frequented by the young Paul McCartney) in 1964, aged nine. My abiding memory of the latter holiday is mistakenly opening the door of the wrong chalet to discover a female holidaymaker in the steamy embrace of a male Butlin’s redcoat. Well, it was the Sixties.

“Our true intent is all for your delight,” said an early Butlin’s slogan — a quotation from Shakespeare’s A Midsummer Night’s Dream. Later, Billy Butlin confessed he had learned it from the side of a fairground organ. William Heygate Edmund Colborne “Billy” Butlin was a remarkable showman. Born in South Africa in 1899, he had a turbulent childhood. After his parents separated, he came to England with his mother and spent years with his grandmother’s travelling fair. He followed his mother to Canada and served as a stretcher bearer in the Canadian army on the Western Front, after which he returned to England with £5 in his pocket.

Butlin spent some of it to acquire a hoopla stall in his uncle’s fair, where he discovered that sawing off the corners of hoopla blocks gave patrons a better chance of winning; while his profit margins were smaller than those of rivals, this was outweighed by extra custom. His success led him to create his own fairground empire, including an amusement park at Skegness, where he had an exclusive licence to import Dodgem cars to the UK for the first time.

All the while, he nurtured the idea of giving the UK a holiday camp like ones he had attended in Canada. He had visited Barry Island, in Wales, and felt sorry for families staying in drab guest houses with little to do. Butlin was not the first to create holiday camps in Britain, but he did it on a scale and with a panache that outshone all others. Ten camps were built in the three decades up to 1966, including one in Ireland and one in the Bahamas. In the Seventies and Eighties, Butlin’s also operated hotels, including one in Spain, and smaller holiday parks in England and France. It even ran a revolving restaurant in London’s Post Office Tower.

But it all started in Skegness. There, the first camp opened on 11 April 1936 and within a year it had doubled in size. It was officially opened by Amy Johnson, the first woman to fly solo from England to Australia. Butlin designed the camp himself and later said: “My plans were for 1,000 people in 600 chalets with electricity, running water, 250 bathrooms, dining and recreational halls. A theatre, a gymnasium, a rhododendron bordered swimming pool with cascades at both ends and a boating lake.”

The famous redcoats were soon invented. During the first week, Butlin became concerned that families were not mixing. He got Norman Bradford, senior engineer, to stand up on stage, tell jokes and explain the facilities. Realising that more easily identifiable staff would help to encourage the guests, Butlin asked Bradford to buy a distinctive blazer. Bradford came back with a choice of blue, yellow and white, but Butlin decided on bright red, inspired by the Canadian Mounties. The prostitution of Cornwall

A second camp at Clacton-on-Sea, Essex, opened in 1938 and work on Filey began in 1939. All the camps had bars, large dining rooms and ballrooms and aimed to give people a taste of the glamour they saw on cinema screens. Stars such as Gracie Fields performed on stage. The routine of campers saying “Hi-De-Hi, Ho-De-Ho” to one another also started in the 1930s: Butlin borrowed the idea from US bandleader Cab Calloway.

In 1937, Butlin turned his business into a limited company and offered shares to the public; they sold out within five minutes. The government passed legislation in 1938 giving industrial workers a week’s paid holiday, something Butlin had campaigned for. Despite this, most early campers were from the lower-middle classes rather than the working class. It was rising prosperity in the Fifties that drew in more working-class customers. The popularity of Butlin’s made a holiday there aspirational.

The Second World War came as a shock to Butlin, who had thought the crisis would blow over. However, he turned it to his advantage through a deal with the Ministry of War, which took over Clacton and Skegness: Clacton became an army camp, while Skegness became HMS Royal Arthur, a base used to train men and women in the basics of military life before they joined ships or other training establishments. As part of the agreement, he completed Filey, built two other camps at Ayr and Pwllheli, and negotiated a scheme giving him the right to buy the camps back at the end of the war. When peace was at last declared, there was a rush to the coast by holiday-starved workers. Many new camps were started, including a chain of smaller ones by Fred Pontin, with whom Butlin had a friendly rivalry. But Butlin remained the most successful.

That’s not to say reviews were universally positive. From the start, some commentators criticised what they saw as the regimented nature of life at Butlin’s, where campers were awakened with “Wakey wakey! Rise and shine, campers!” over the Tannoy, and urged to take part in collective activities such as Knobbly Knees and Glamorous Granny contests. Future Labour leader Hugh Gaitskell (Winchester and Oxford) paid his first visit to the camp at Filey during the party’s Scarborough conference in 1948, as a guest of the National Union of Mineworkers. He noted: “Very efficient, organised, pleasure holiday making. Everybody agreed they would not go there!”

To the thousands who enjoyed the camps, such attitudes smacked of snobbery. Paradoxically, the range of activities that they could take or leave, at an all-in price, gave them a sense of freedom. However, the charge of being akin to concentration camps for the proletariat never quite left Butlin’s. One camp, in 1959, felt the need to advertise itself as having, “No loudspeakers, no regimentation”. Later, when holiday camps were going out of fashion, the structure was a factor held against them. But in the Fifties and Sixties, Butlin’s was in its heyday. Camps embraced modern features such as glass-sided swimming pools, revolving bars, monorails, chairlifts and dry ski slopes. New resorts opened in Bognor Regis, Minehead and Barry Island. Billy Butlin was knighted in 1964.

“What great times we had there. The Butlin’s Beaver club (I was a member) with all your redcoat aunties and uncles who would take you off to be pirates for the day, or whatever activity was going on. Our parents would only see us at mealtimes,” said a woman who visited Minehead as a child in the Seventies. Redcoats patrolled the chalets at night to listen for children waking up, so parents could go out in the evening.

Not everything remained so rosy. Butlin’s tried to attract the lucrative teenage market in the early Sixties and gained a reputation for vandalism, gang violence and sexual immorality. It responded by segregating teenagers from families and deployed security staff to curb misbehaviour, but family bookings were affected. In 1968, the camps banned single teenagers, but its image was already tarnished.

Billy Butlin retired in 1968 and moved to Jersey for tax reasons, while his son Bobby became chairman and managing director. In 1972, the company was sold to the Rank Organisation, although Bobby remained in charge. Like other companies, Butlin’s started to see bookings decline as more Brits took to holidaying abroad. The company’s forays into overseas markets never seemed as sure-footed as those at home had been. By the time Billy was laid to rest in 1980, his funeral procession lined by redcoats, his camps were in decline.

Paul Theroux visited Minehead in 1982 and saw the deadened unhappiness of a “sleazy paradise, in which people were treated more or less like animals in a zoo”. A redcoat told him that half the male guests were unemployed: “That’s the beauty of Butlin’s — you can pay for it with your dole money.” Butlin’s fortunes had a habit of reflecting the ups and downs of working-class life. 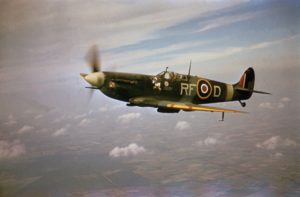 Some camps were sold. Others rebranded under the “Holiday World” franchise in the late Eighties: Skegness became Funcoast World and Bognor Regis became Southcoast World. There was investment in sub-tropical pools and improved accommodation. A decade later, the Butlin’s name returned. There was a new round of investment and all three remaining camps got a Skyline Pavilion, an undercover area with shops, bars, restaurants and entertainment. The Miss Lovely Legs contest ended in 1989 and the Glamorous Grandmother and Holiday Princess contests in 1997.

In 2000, Rank sold its entire holiday business, including Butlin’s, Warner, Haven and Oasis, to Bourne Leisure, which has invested in spas, hotels, premium restaurants and activities such as horse riding, coasteering, scuba diving and mountain bike rides. After a volatile time in the pandemic, it has benefited from the boom in staycations. Nevertheless, its current owner, Bourne Leisure, is trying to sell the chain — seen as not fitting the objectives of its parent company, private equity giant Blackstone. (Recent turmoil in financing markets makes a sale difficult.)

The rise, fall and reinvention of Butlin’s mirrors Britain’s changing society, culture and neuroses about class. The popular BBC sitcom Hi-de-Hi!, which started in 1980, was a reminder of a more optimistic age of 20 years earlier. Butlin’s, where the show was set, was in its prime. Brits could take for granted collective holidays, family entertainment and full employment. The early Eighties, though, were a low point for the country and the brand. Butlin’s today lacks the vividness of Billy Butlin’s original creation. But it reflects Britain’s improved, albeit patchy, prosperity.

Butlin’s has reinvented itself as a rival to upmarket family holiday group Center Parcs; the brand lives on in three remaining locations: Skegness in Lincolnshire, the original site, plus Bognor Regis and Minehead. “From the moment you arrive, you can expect nothing but full-on fun,” says its marketing literature. There is no hint of regimentation, and no mention of a Knobbly Knees competition.