There are few topics that provoke the same depth of feeling among new mothers as breastfeeding. Is breast best? Should formula feeding mums be criticised? This acutely sensitive debate came roaring out of the posset-stained and sleep-deprived world of new motherhood onto the front page recently, as a shortage of infant formula has gripped the United States.

Along with debates about manufacturing, distribution and regulatory capture, the situation has reignited the never-ending debate about whether or not breastfeeding has a moral dimension. Is formula feeding selfish and lazy and liable to reduce a baby’s IQ and give them lifelong obesity? Is breastfeeding a noble sacrifice?

Wherever you land in these bitter arguments, somehow the modern inventions that increase women’s freedom never seem to be seen as morally neutral. And it’s growing increasingly clear that this contest over the meaning of technology has implications for women well beyond how babies are fed.

Much of the autonomy — especially bodily autonomy — women take for granted in the modern developed world is not delivered by feminism, so much as it’s rationalised by it. The freedom itself is an effect of technologies that mitigate, substitute for or otherwise even out physical differences between the sexes.

We’re barely into a 21st century that so far is marked by pandemic, inflation, fragmenting supply chains, rising energy costs, global instability and concern over the ecological costs of developed-world lifestyles. In that context, the thorny question of tech and women’s freedom cuts across Left and Right in ways that are only just becoming apparent.

When I talk about “technology”, I don’t mean an iPhone that unlocks when I present my face to its camera. I mean those things so much part of everyday developed-world life they’re part of the backdrop. We don’t routinely think of nappies, washing machines, birth control or formula milk as “technology”. But they are all based in science and engineering, produced in high-tech factories, distributed via complex global supply chains. You’d think this would be value-neutral. It’s not, though, for such technologies have social impacts too. For example, the Sixties wasn’t the first age to see men and women challenging restrictive social codes: the 19th century also had a “Free Love” movement. But earlier such movements could do nothing about the asymmetrical risks involved in casual sex, which could be relatively consequence-free for men while threatening women women with unplanned pregnancy and then (assuming she survived childbirth) the question of what to do with the baby.

Not unreasonably, regardless of what free-thinkers and radicals said in pamphlets and meetings, most ordinary communities went on strongly encouraging women to insist on commitment before having sex. It wasn’t until a tech fix for this asymmetry — reliable birth control — became available society-wide that wider social norms started to shift. At that point, commitment-free sexual pleasure became a feminist issue: Germaine Greer declared in The Female Eunuch (1970) that women are “not naturally monogamous”, while Erica Jong’s 1973 bestseller Fear of Flying dreamed of an equal female right to the “zipless fuck”.

A vast amount of the subsequent social fabric, from marriage and parenting norms to dating culture, are downstream of the tech that enabled the sexual revolution. And if you took the tech abruptly away, it’s likely that many people accustomed to post-Pill norms would struggle until the culture adapted. 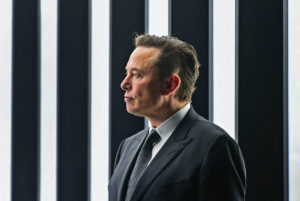 In a similar way, the norms of developed-world mothering are difficult to uncouple from widespread availability of formula. It saves the lives of babies who might have starved in a pre-formula era; it’s a plan B for mothers who, for whatever reason, find breastfeeding hard (and it is hard); it grants a measure of freedom and flexibility that’s unavailable to a mother breastfeeding exclusively.

As such, it also impacts the wider social fabric. This has many upsides, but hasn’t come cost-free. The existence of formula milk means even new mothers are able to work outside the home, a fact that shapes not just social expectations but also the economy. It’s perhaps no surprise that in the US, where there’s no statutory maternity leave, one in four mothers returns to work a mere two weeks after giving birth; and those American mothers at the bottom of the economic ladder, and thus least likely to have an employer with generous maternity leave policies, are the most likely to use formula.

According to some conservative American feminists, though, this is by no means the most consequential tech fix, either in terms of its contribution to bodily autonomy or in its downstream social impact. The legal scholar and pro-life campaigner Erika Bachiochi argues that this dubious honour goes to legal abortion: a technology and social change whose contribution to female autonomy has been immense – as has its downstream impact.

In her 2021 book The Rights of Women: Reclaiming A Lost Vision Bachiochi argues that even as legalising abortion increased women’s autonomy, it also reduced the pressure on men to take reproductive responsibility: for example one famous study shows that shotgun weddings all but disappeared after legalisation. Additionally, placing sole reproductive responsibility on the pregnant woman eliminates any need for society more generally to provide any kind of compassionate safety-net. 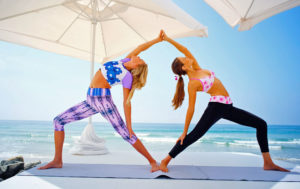 Small wonder, then, that three out of four American women who have an abortion give poverty as the reason: a tech fix for sometimes gruelling social and economic difficulties. Anyone who spends more than a few minutes on “Shout Your Abortion“, a website dedicated to normalising the practice by telling women’s abortion stories, will see how ambivalent many women were in practice about the choices that were open to them, and the one they took.

This dilemma feels all the more concrete since the recent US Supreme Court leak, that suggests judges are poised to overturn America’s nationwide right to legal abortion. Much has been written since by pro-choice feminists defending abortion access as a cornerstone of women’s freedom. And in the same sense as formula and birth control, it’s a technology that does indeed grant women greater freedom. But more broadly even than changes to marriage and sexual mores, Bachiochi argues that its wider social impact makes abortion a Faustian bargain for women, by placing placed mothers permanently on the back foot.

For in making the right to terminate a pregnancy a cornerstone of freedom and thus personhood, she argues, feminism embraced a male-standard idea of what people are as the default: unencumbered, atomised, free of caring obligations. Normalising this individualistic idea of what a person is has left everyone with caring obligations (ie especially mothers) structurally disadvantaged, even as it legitimises undervaluing and underpaying those who do caring work. And even as caring work is structurally undervalued in an economy predicated on tech-enabled freedom, women are then castigated for choosing the ‘less caring’ tech fix – or blamed and scorned for their vulnerability when the tech is no longer available. The singer Bette Midler epitomised this attitude when she tweeted in response to the formula shortage: “TRY BREASTFEEDING! It’s free and available on demand.”

An even more callous Midlerism drips from every right-winger who has ever banged the drum for ending abortion access, while showing zero interest in the wider social context in which women opt to abort. This might mean improving perinatal healthcare access or social safety nets, incentivising paternal responsibility, or even advocating for a less hypersexualised society. But with the honourable exception of Catholic feminists such as Bachiochi, and a handful of post-liberals, American conservatism seems keener on leaning wholesale into the tech-enabled freedom and individualism consistent with a world where abortion is legal – just with an exception where women’s bodies are concerned. Examples are legion, but one that caused particular outrage amid the Dobbs furore was a video clip showing (male) members of New York’s Fire Department crowing: “you have no choice […] not your body not your choice, your body is mine”.

Given such an unforgiving backdrop, it’s understandable that many feminists prioritise defending abortion (or formula) over fighting an uphill battle to transform every other social factor that makes dependent babies and caring obligations such a frightening prospect for so many women. All other things being equal, I can see how a tech fix might seem women’s only option in a truly pitiless predicament.

But if the Right is hopelessly confused on technology and freedom, oscillating between wanting to ban gender surgeries and abortion and calling for us to colonise Mars, the Left is equally muddled. This progressive cognitive dissonance over technology and women celebrates tech’s liberatory upside, while hand-wringing guiltily about its innumerable ecological costs. Disposable nappies, for example, make up 30% of all landfill waste and take 500 years to decompose. Formula milk has a carbon cost. And the contraceptive pill many otherwise eco-conscious feminists rely on for sexual liberation is a disastrous pollutant.

Tech-optimists argue that we can fix all this with more tech. More likely, say the doomers, that in the future more of us will have to manage without – a prospect the current formula shortage is doing nothing to dispel. If the doomers are right, who will pick up all the labour-intensive domestic work currently eased by technology? Of course it’s possible that climate change will do what half a century of feminist activism never achieved, and level the still wildly uneven burden of housework between the sexes, but I’m not holding my breath.

In any case, regardless of what happens with formula supplies or US abortion law, it seems more than likely that these are not the only technologies that seemed to promise a level playing field between the sexes in the twentieth century, only to grow scarcer in the twenty-first. For even if Left and Right are differently muddled as to which liberatory technologies they defend and which they decry, the overall portfolio of such technologies is indisputably less certain than it seemed even a decade ago.

If I’m right, a women’s movement fit for the 21st century will need to work out what it means to defend women’s interests (and especially those of mothers) in a world with far fewer labour-saving devices, and potentially far less reproductive autonomy. Not a feminism of ever-increasing material abundance and freedom, but a new feminism of scarcity.