Bordeaux might be the capital of the French wine industry, but visit in summer and you can entertain yourself with another kind of claret. Blood. I don’t mean from the broken noses of the city’s Top 14 rugby team, Bordeaux Bègles. I mean blood from bulls, spilled across sand on a sun-scorched afternoon. One of the Bordeaux region’s less-publicised tourist attractions is the corrida.

Think bullfighting and you probably conjure a sequin-flashing, cape-twirling arena in the Spanish city of Pamplona, but southern France has a bullfighting tradition dating back to the year dot — or 1289, at least. That year, the Running of the Bulls was first recorded at Bayonne, down the coast from Bordeaux. Hemingway, in Death in the Afternoon, his classic account of bullfighting, was mighty sniffy about any corrida north of the Pyrenees, writing that: “Prospective spectators are warned not to take seriously any bullfights held in France.” The irony: currently, bullfighting is dying a slow death in Spain — Catalonia has effectively banned the sport — whereas in France, the corrida is alive and, if not exactly charging ahead, standing on its hooves.

Indeed, the country is set to become the bullfighting centre of the globe: an estimated 1,000 bulls per year are killed in French arenas. According to the pro-bullfight organisation, the Observatoire National des Cultures Taurines (ONCT), two million people attend corridas in France each year. As any of these French aficionados will tell you, likely at great length, the Gallic spectator is more demanding than the Spaniard, preferring slow, classical cape-work above theatrical stabbing. Olé!

The French fancy for bullfighting is at odds with the country’s penal code, which under article 521-1 bans “cruel acts and serious ill-treatment towards animals”. But this is a nation where patrimoine, heritage, is always the trump card. Thus, the penal code allows exceptions for bullfights — as it does for cockfights — where there is “uninterrupted local tradition”. After a presentation by the ONCT, the Ministry of Culture registered bullfighting as a French Intangible Cultural Heritage in 2011. Last November, the French parliament, dominated by Macron’s LREM, voted to end the use of wild animals in live circus shows, and outlawed mink farming, in new animal rights legislation. But it flunked a ban on bullfighting.

As you would expect — might even hope — bullfighting is a red rag to animal rights activists. The Society for the Protection of Animals (SPA) has filed cases in cities where bullfighting is popular, including Bayonne — so far without success. Each and every time, “uninterrupted local tradition” beats the cruelty to animals argument. Exactly what constitutes “uninterrupted” is a pay-day for lawyers; bullfighting in the Gironde, the Bordeaux department, exists largely because of a campaign in the Eighties by aficionado Claude Mounic, who persuaded a Bordeaux court that a hiatus of 26 years in the sport was caused by the collapse of a stadium, meaning the sport remains “uninterrupted”: “interruption cannot result from a material and fortuitous fact”. This overturned a previous decision by the Bordeaux tribunal that bullfighting locally had ceased to exist. Mounic went to court some ten times to restore the sport in the Gironde.

The arena concerned was in the suburb of Le Bouscat, and held 10,500 spectators. It was so decrepit that it was bulldozed to make way for a residential complex. Today the local venue is at La Brède, which is one of the 50 or so towns organised in L’Union des villes taurines françaises. Created in 1966, the UVTF, was a key lobbyist behind the registration of bullfighting as a French Intangible Cultural Heritage.

French supporters of bullfighting cite heritage, art and biodiversity (bulls bred for the ring are raised outdoors, since rusticity gives the bulls “a savagery essential to their behaviour in the arena”, according to the ONCT). Then they cite heritage, again. France is desperate for a king

In southern France, from the Camargue westwards, tauromachie is part of the fabric of life. You can sit in a café and hear people discussing bovine-bloodlines back to the Ark until you want to chuck them in the ring, and feed them to the bulls. Much as The Times might publish details of  horse racing, Sud-Ouest (250,000 copies sold daily), publishes details of the of bullfights across south France and northern Spain. French fans, generally more monied than their Spanish counterparts, travel for tauromachie.

But the patrimoine argument is, well, bullshit: the corrida form of bullfighting, where the creature is provoked and killed with swords, was imported in the mid-19th century from Spain, where the “sport” had begun in Seville abattoirs. For the south of France, with its self-conscious “Espirit du Sud”, the Spanish-style corrida represented resistance to Parisian centralism. It still does. The current corrida’s self-conscious Hispanophilia, and use of Spanish lingo, is two fingers to rule by the Elysee palace. The South likes to lock horns with the Court. Ask the Cathars. Or indeed the French Revolutionary troops for whom the “Marseillaise” is named.

Bullfighting is a trans-Pyrennean business; bulls raised in the Landes and the Camargue — there are some 40 members of the Association des éleveurs français de taureaux de combat — are transported to Spanish rings (a good bull will earn its owner €3000 for its 15 minutes of fame in a corrida). Meanwhile the matadors appearing in French rings are largely Hispanic. No French matador entered the top ten rankings until Sébastien Castella in 2005. 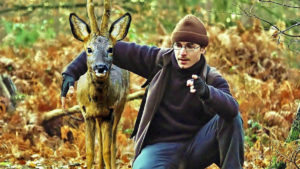 Anyone writing on bullfighting needs to declare their skin in the game. I might raise livestock and sometimes shoot animals for the pot, but I don’t drown kittens in a sack or pull the legs off spiders for a larf. I am not a natural born bullfight spectator. Any iota of sympathy I personally had for the corrida began to fade when I first saw a pike stuck into a bull’s back; the more the bull leaked blood, the more my desire to watch the “spectacle” bled out. All the learned discourses about the bravura of the bulls, the grace of the matador, and what 41 celebrity defenders recently termed “an art, culminating in the meeting of courage and honour” were rendered to rubbish, as the bloodied body of the bull was dragged from the arena. When I think of my experience of the corrida, I hear the famous anti-bullfighting song, La Corrida , by French balladeer Francis Cabrel. Written from the bull’s point of view, the chorus runs: Est-ce que ce monde est sérieux?

Is this world serious? In the 21st century, a highly sentient creature is provocatively stabbed, then slaughtered for amusement. The Spanish-style bullfight is bull-baiting, pure and simple — a re-warmed Roman circus for the masses — and cannot last. According to a survey carried out by the independent polling company IFOP for Fondation Brigitte Bardot 74% of the French are in favour of a ban on French bullfights which end in the bull being killed.

The psychedelic utopia is a lie

It is fortunate, then, that French tauromachie originally had non-violent roots. In the “Course Landaise”, the matador leaps acrobatically over and around the snorter; in the “Course Camarguaise”, men and women race about, trying to grab ribbons and pompoms from the beasts’ horns. Angry but at least alive, the bull is put out to grass afterwards. According to the Anti-bullfighting Alliance, 76% of French people wish to replace bullfights with the Camargue and Landes alternatives. I can’t say that any taunting of an animal constitutes sport in my book, but ten out of ten bulls consulted prefer the non-deadly bullfight.

If your taste runs to it, there is no shortage of Course Landaise and Course Carmaguaise events this summer in Southern France — and they at least have the merit of being thoroughly, properly French. Such bullfights are often the centre of festivities which draw thousands onto the streets. Everywhere, the right red stuff flows freely. Wine. Not bull’s blood.