King Charles III has often been accused of heresy. As the Prince of Wales, his early support of environmental activism and his (tenuous) involvement in the World Economic Forum’s Great Reset marked him out as a dissenter who might break from the ways of previous monarchs. Even more controversial were his views on religion.

Back in 1994, Charles suggested that when king, he might become Defender of Faith, instead of Defender of The Faith, the title given to him as the Supreme Governor of the Church of England. There was a storm of criticism, and some years after, he clarified what he meant: he would keep the royal title while also protecting other faiths. His openness to those faiths — especially Islam — did lead many to question his commitment to the Church. On the surface, at least, he seems to veer towards syncretism or even a covert form of secularism; an appeal to a multicultural Britain no longer willing to assert Christianity as the one true faith.

But the story is more complex. Charles — who might just be Britain’s modern-day philosopher king — has long been affiliated with Perennialism, a school of thought which holds that there is one universal truth which is present, to varying degrees, within all traditional religions. As the patron of the Temenos Academy, an educational charity dedicated to the study of Perennialism, Charles has done more to cultivate this philosophy than any other modern thinker. Unconventional as that philosophy might sound, it is one fit for a hereditary monarch: its purpose being not to subvert tradition, but to revive it.

Charles has expressed particular sympathy with the Traditionalist School, a branch of Perennialism. Led by the French philosopher René Guénon, the Swiss metaphysician Frithjof Schuon, and the Ceylonese philosopher Ananda Coomaraswamy, the Traditionalists emerged in the 19th century in reaction to the materialist ideologies of the Enlightenment. Its proponents believed that modernity had left humanity bereft of its spiritual dimension, and thought that this could be remedied by the metaphysical teachings contained within traditional religions.

For Guénon, pre-modern civilisations had oriented themselves “vertically” towards transcendence, with every aspect of life, from politics to art, corresponding to the order of the cosmos and the nature of God. But with the proliferation of “profane philosophy”, the dimensions of existence had become purely horizontal, extending only to things of this world. The result is what he famously called “The Reign of Quantity”, in which all human activity is rationalistic and utilitarian, focused on material progress rather than man’s ascension toward the divine.

Charles, who has himself invoked the concept of The Reign of Quantity, also seems to lament a world which no longer reaches for God. He has devoted himself not only to the reconsecration of nature, as is evident in his environmentalism, but also the reconsecration of art. In promoting the mastery of traditional crafts through the Prince’s Foundation School of Traditional Arts, he echoes Guénon’s view that creativity should not be a mode of mere self-expression, but a vessel of transcendence. The students at his school “can experience the beauty of the order of nature — a spiritual, sacred beauty, connecting the whole of creation”. 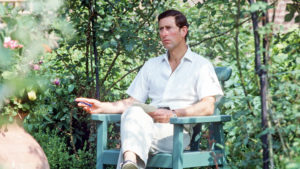 Protecting hedgerows, trees and ancient crafts is all very well. Where Charles’s philosophy becomes controversial is in the fact that he, like Guénon, is willing to draw inspiration from the religions of both East and West. His suggestion that Islam “can teach us today a way of understanding and living in the world which Christianity itself is the poorer for having lost”, for instance, appears to reflect the Perennialist position that it is possible to illuminate one’s own tradition with the light of others, for nestled within all of them is the same universal truth.

Does this suggest that Perennialism, if allowed to flourish, would one day lead to the merging of all the world’s belief systems into one? Those sceptical of Charles’s openness towards other faiths fear precisely that: a “one world religion”. In our postmodern age, it is not hard to envision a world which has dissolved all particularities to make way for an ideological monoculture.

One hundred years ago, G. K. Chesterton imagined what the beginnings of such a world might look like. His novel The Flying Inn is set in a future England where the elites, romantically inclined towards the idea of a universal religion and politically motivated to unite East and West, embrace a strange, progressive form of Islam which they see to be less superstitious than Christianity. The end result is something that resembles neither traditional Islam nor Christianity, but a ghastly syncretism which destroys the country’s identity (and its pubs).

But Chesterton’s dystopian England is not what the Perennialists had in mind. In fact, they were more critical than anyone of syncretism — with Guénon writing sharp polemics against New Age spirituality and its subversion of tradition — and would certainly have feared the coming of a “one world religion”. They emphasised the need to be firmly rooted in one faith in order to attain spiritual insight, and were highly critical of the homogenisation of cultures promoted by a globalising, secularising world. This, Guénon believed, caused the “flattening” of knowledge and ultimately sealed off higher truths.

We can rest assured that Charles has no intention of subverting Christianity. But he does believe, in the spirit of Perennialism, that glimmers of its light can be discerned elsewhere — perhaps in places less dimmed by modernity. That’s why he may draw inspiration from Islamic or Dharmic thought, and yet still remain the steadfast defender of the Christian faith.

Admittedly, Charles’s attitude to defending that faith is somewhat unorthodox. But in the 21st century, where there is no choice but to accept religious pluralism, it might be the only way to go about it. Perennialism has the virtue of being able to welcome multiple faiths, while also maintaining a conception of absolute truth. Whereas other leaders might surrender their truth in the name of inclusivity — instead allowing each religious group to have its “own truth” in true postmodern fashion — Charles’s philosophy allows for religious difference without slipping into relativism and the eventual abandonment of the sacred. The path from pluralism to relativism is all too easily taken. When Nietzsche remarked that “there are various eyes… and as a result there are various truths, and as a result there is no truth”, he foreshadowed the postmodern response to pluralism that ends in the denial of objectivity. Today, this takes the form of states privatising religion and reducing it to an aspect of cultural diversity rather than a source of insight that could benefit us all. Likewise, when identity politics calls to “represent” religion, it too often reduces it to a point of intersectionality on par with race and class rather than something which points to a shared eternal truth.

But Charles, our philosopher king, is a firm believer in eternal truth. He is able to respond to pluralism in such a way that results in neither syncretism nor secularism. Instead, his philosophy allows religious difference to go beyond the secular paradigm of inclusion and reintroduce a much-needed spiritual dimension to public life — for everyone.

He is, of course, in the best position to do so. The symbolic function of monarchy is to point to something higher; to be the “vertical” axis which reaches for transcendence above “horizontal” reality with all its diversity and conflict. Perhaps his reign might strive to overcome The Reign of Quantity in this way, made all the more possible by the fact that his kingship allows him to respond to modernity from a station that is not political, but spiritual.

While some seek to tear the modern world down in a way that is distinctly post-modern, Charles — in returning to the primordial foundations of existence — represents something pre-modern. Far from betraying tradition, King Charles III might just save it.