The Conservatives are doomed. But it won’t be Brexit that destroys the party in its current form. That’s ultimately a symptom of a far larger problem: a slow but inexorable collision between voters’ desire for ongoing growth, and voters’ desire to conserve, well, anything at all. The flashpoint for this insoluble dilemma is one of Beveridge’s Five Giants: “squalor”. Or, rather, an increasingly despairing sense that modern Britain has betrayed Beveridge’s hope that every citizen would be able to escape “squalor” for decent, healthy, affordable housing.

The “housing crisis” has been with us for at least a decade, and house prices an obsession for the best part of two more. Today, the demand for housing so radically outstrips supply that young people can’t afford to buy. Rough sleeping has increased by 165% since 2010. One in ten British families now lives in overcrowded housing. Already by 2016, four in 10 British houses were reported to be below an acceptable standard. Last year, 2,300 people died while languishing on the waiting list for social housing, which, once you get through the door, is often profoundly grim.

Given the scale and disastrous social consequences of this crisis, then, it should beggar belief that the latest Tory Prime Minister has already balked at addressing it. Rishi Sunak pulled a vote this week on the Levelling Up and Regeneration Bill, after around 50 Tory MPs tabled an amendment scrapping Liz Truss’s compulsory house-building targets.

But Sunak’s central, intractable problem is that the great leap forward in living standards was never going to continue indefinitely — because it was, in fact, a great economic Ponzi scheme, powered by an extractive approach to human populations, that is now running up against multiple structural limits. And the reigning political consensus on how to keep that scam running is itself contributing to the housing crisis, as well as worsening squalor and social conflict at the bottom of the social ladder, while leaving the Tories unable to effect change without also attacking the interests of their core electoral base.

But it’s easy to see how Britain mistook that Ponzi scheme for a permanent achievement, when you consider how radically living conditions improved from the 19th to the 20th centuries. In the 19th century, peasants displaced by the Enclosure Acts flocked to the rapidly-industrialising cities in search of work, living cheek by jowl in crowded, filthy slums, where families jammed in five or seven to a single room with no facilities for cooking or sanitation. This is the grimy, heartless, crime-ridden backdrop to Dickens’ Oliver Twist (1838), a world that soon prompted concern and middle-class efforts at social reform.

Over time, this concern spurred the government to action, and in 1875, the first Bill was passed aimed at slum clearance and redevelopment. By the early 20th century some 80 towns had borrowed £4.5 million (around £432 million in today’s money) to demolish and redevelop slum areas. The American writer Jack London gives a sense of the atmosphere still prevalent in turn-of-the-century Whitechapel in The People of the Abyss (1903). Here, slum-dwellers were still living one family to a room, often sub-letting floor space to a “lodger”: the book recounts fights, pollution, grime, malnutrition and hand-to-mouth life amid a relentless pull down to the condition of degraded underclass hopelessness.

A concerted programme of slum clearances in the run-up to the two World Wars sought to tackle such misery, and replace the slums with cleaner and less crowded accommodation. In the interwar period this provided the impetus for Lloyd George’s “Homes fit for heroes” speech, and again for Beveridge’s famous report in 1942. And, for a while, as living standards continued to rise throughout the mid-century, it seemed as though the battle might be winnable. But there’s a hitch – and we find a clue to it in Jack London’s description of how cities work. As he describes it, the metropolis is “a huge man-killing machine”, which sucks in healthy rural workers, who are then worked to exhaustion and degradation by the squalor of urban life.

When Jack London was writing, this supply still mostly came from the English countryside. But by the 20th century England’s urbanisation was largely complete and the supply was dwindling. Shortly after, to make matters worse, the two World Wars decimated the nation’s working-age men: 880,000 soldiers died in the First World War: a full 6% of the working-age male population, and a further 384,000 soldiers in the Second World War. This posed a problem for an urban profit machine that depended on new influxes of fresh-faced, ambitious or simply poor people to jostle for opportunities on the bottom rung.

Faced with a choice between halting the engine of growth, or finding a new supply of fodder for the prosperity machine, Britain opted for the latter. After the Second World War, Commonwealth citizens were invited to Britain to rebuild the “mother country”. These new arrivals played the role formerly filled by displaced rural workers: crammed into slum-like conditions, and exploited in menial jobs. In turn, the visible difference between these new workers and those already there added a new and ugly twist to the struggle for survival in the urban meat-grinder: racism. By 1958 tensions between white working-class youth and Caribbean immigrant workers spilled over into vicious race riots in Nottingham; a few weeks later, the violence spread to Notting Hill in London with full-blown riots.

Not long after, legislation sought to put a lid on these simmering tensions. The 1965 Race Relations Act prohibited public discrimination against people on grounds of race, nationality or ethnicity. And along with rightly and justly shielding innocent people from violence and hostility, this political shift had a secondary effect: underwriting the interests of the urban growth machine, by taking a step toward globalising the working class. Now, anyone who questioned the right of immigrants to work in Britain could be condemned as motivated not by resource competition but thuggish racial animus. When will the Grenfell betrayal end?

Fast-forward a few decades, into a Britain stripped by Thatcher of the factory jobs that sustained a (now ineluctably more multi-ethnic) working class, and the Blairite decision to accelerate growth again via another wave of immigration prompted murmurs of working-class dissent. The New Labour dismissal of this discontent as mere atavistic racism, for example in Gordon Brown’s famous encounter with Gillian Duffy, is well-travelled Brexit territory.

But if part of the motivation for less well-off Brexiters was a desire to reduce resource competition at the bottom of the socioeconomic pile, the Conservative Party is also under pressure to keep the economy growing. And for some decades now, the main way of doing that has been “supply-side reform”, a euphemism for keeping competition at the bottom of the meat-grinder sufficiently brutal that workers don’t get too demanding.

Unsurprisingly then, notwithstanding Brexit, under the Tories immigration is higher than ever. And still it’s not enough for the business lobby: just this week, CBI boss Tony Danker called on PM Rishi Sunak to “solve” Britain’s “labour shortages” (which is usually to say mismatch between the pay and rations on offer and the jobs existing workers can afford to take) by loosening immigration policy still further.

As well as deepening squalor and fomenting often-racialised resource competition on the bottom social rungs, growing the economy by growing the population also runs up against an immovable limit: building land, especially in popular parts of the country. Increasingly, this means that housing pressure can only be eased in these locations by concreting over the still relatively green and pleasant lands currently inhabited by the group that now forms the Tories’ core electoral base: older home-owners. 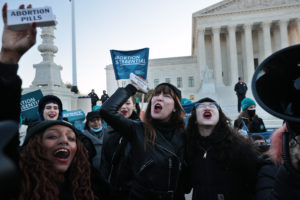 A sex war is coming

No wonder, then, that a Commons report earlier this year shows the Tories are nowhere near their own manifesto commitment to build 300,000 new homes every year. And no wonder Sunak has opted to kick the can down the road yet again. The trouble, though, is that both sides are right: the economic liberals are right to point out that in its current form, the “growth” engine structurally requires ever more human bodies. And, the conservatives are also right that over time, if you keep adding people to a smallish island, eventually it will create tensions over how to allocate finite resources – especially in-demand land.

Beveridge’s dream was to abolish squalor, along with the other Giants, by dint of rising prosperity and improved social conditions. But even as this promise was made, post-imperial decline and industrial competition from overseas began to undermine the material underpinnings of that prosperity. And since Beveridge, sustaining a sense of ongoing improvement has been bankrolled by cannibalising the postwar infrastructure created to shield its own citizens from squalor, whether via selling off council houses, breaking the unions, privatising utilities, or financialising everything.

The ensuing loss of real, widespread prosperity has been papered over via a synthetic “growth”, largely powered by population increase from elsewhere, and whose benefits have been (to say the least) unevenly distributed: a property boom for some, and for others new forms of squalor. And this fact has been obscured variously by ignoring the plight of Britain’s low-wage peripheries, by ignoring mounting protests from the young, and by mystifying the bums-on-seats growth strategy as “diversity”.

Our political settlement depends on growth, but the policies required for that growth to continue are now chipping away at that political settlement. Something will have to give. And whether that’s social cohesion, living standards, or growth, its political fruit will be bitter.