Someone once came up to me at a party and said “Hello, I’m John Smith, I’m a vulgar Marxist”. I’m still waiting for someone to step up and introduce themselves as an extremist. People don’t do this, of course, any more than they go around calling themselves Fatty or Bumface. Extremists are always other people. I myself stand in the centre, a paragon of moderate, judicious judgement, while on the fringes of my vision I can detect a number of freaks and fanatics ready to create havoc.

The problem is that so can they. They think white supremacism is common sense, while far off to one side is a bunch of effete eggheads who are conspiring to destroy the white race. What could be more extremist than that? What some see as obvious, others see as outrageous. Producing commodities may seem an obvious way to run an economy, but it didn’t feel like that to Aristotle. He approved of amassing goods which are necessary for the household, but condemned trade and exchange as contrary to human nature. The pursuit of profit for its own sake struck some medieval thinkers as perverted and unnatural. It was contrary to human nature, and would never catch on. An observer from Alpha Centauri, casting an eye over the mind-warping inequalities of the modern world, might well feel there was something to be said for this quaintly archaic opinion.

So does the truth depend on where you happen to be standing? Not necessarily. The world is full of mind-warping inequalities wherever you are. You might claim that they can be evened up, or that any other system would be even worse, but you can’t deny that Bono once bought a first-class aircraft seat for one of his favourite hats to be flown back from New York to London while others were rummaging in garbage bins for food. Nor can you deny that there are a lot of freaks and fruitcakes out there. It’s just that describing them as extremists doesn’t help, because condemning extremes implies that the moderate centre ground is always the right place to stand.

This is plainly ridiculous. What is the centre ground between racism and anti-racism, or slavery and freedom? Is moderate anti-Semitism permissible? Perhaps we should model ourselves on Bill Clinton, of whom it was said that when he came to a fork in the road, he took it. It’s a case of what one might call the extreme centre. What’s wrong with racists and fascists isn’t that they are a long way from the middle ground — so were the Suffragettes — but the nature of their opinions. “Far” needn’t mean “extreme”. Those of us who are on the far-Left happen to regard our views as entirely reasonable. That’s why we hold them. There are also those like the historian A.J.P. Taylor, who when asked by an Oxford appointments committee whether it was true he had extreme political views replied that he did, but that he held them moderately.

No doubt the allures of the middle of the road are part of the British tradition of compromise and moderation. It is said that if UK citizens ever switch to driving on the right, they will do so gradually. The origins of this spirit of compromise can be found not in the inherent decency and tolerance of the British people, but in the fact that a long time ago the English middle class decided not to confront the aristocracy over the barricades. Instead, they drew on that class’s prestige and authority in order to advance their own agenda and preserve the deference of the lower orders. We recently witnessed an example of that deference outside Westminster Abbey. At the same time, however, we witnessed the booing of the Prime Minister, which suggests that people who swoon over a little old lady can also recognise a shyster when they see one.

It’s hard for some liberals to accept that there are conflicts one side is going to have to win and the other is going to have to lose. They find this kind of talk intransigent, while postmodernists dismiss it as “binary” and so as uncool. Postmodernism first took off in the United States, where binary thinking is deeply entrenched, and represents a reaction to it among other things. A lot about the USA starts to make sense once one recalls that its Puritan founders believed that a small group of individuals were saved while everyone else was damned. “The good guys and the bad guys” is a common American phrase. The cowboy movie is based on such Puritanism, while binarism has governed US foreign policy from the Cold War to Isis. Even the cult of political correctness is an example of it, as the elect zealously scrutinise the language of the reprobate for its impurities. 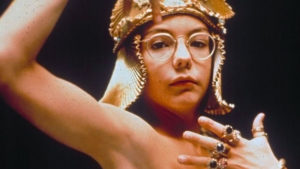 Consensus isn’t always to be preferred to conflict. There was much talk during the Jubilee of bringing people together, discovering what we have in common, binding up old wounds and settling ancient quarrels. The only problem is that this is a lot more acceptable to Prince Charles than it is to railway workers, who are going to have to fight if they are to keep their families fed. The goal of politics isn’t to paper over the cracks in society but to expose its divisions so that they can be repaired.

When in doubt, the liberal thinks of an equilibrium, but there are a great many issues on which we should throw balance to the winds. You can’t back the planet and the oil producers at the same time. There’s no middle way between rapists and anti-rapists. The point is not to accommodate the neo-fascists but to keep their hands off the levers of power. Behind the liberal’s addiction to balance lies the prejudice that conflict is bad in itself. But this, too, is surely absurd. It’s true that people shouldn’t be put in a situation where they have to fight. If the West hadn’t imposed colonial rule on other nations, those nations wouldn’t have needed to launch anti-colonial revolutions. If our ancestors hadn’t enslaved Africans, there would have been no call for slave uprisings. Given the circumstances, however, these struggles were entirely justified. Without them, apartheid would still reign in South Africa and Dublin Castle would still house a British Viceroy for the locals to take pot shots at. Finding conflict distasteful is fine for those whose interests are threatened by it. Another case in point is the war in Ukraine. This, to be sure, is a matter on which one should be properly prejudiced. Putin’s morally obscene adventure has won the world-wide execration it deserves. Yet certain issues get quietly buried in the support for Russia’s bombed and tortured victims. What, for example, do we mean by European values, which Putin is said to be attacking? Is this another case of civilisation versus barbarism, as with the West versus radical Islam, and at what point might the contrast begin to merge into a genteel form of racism?

European values include freedom and democracy, which on any reckoning are precious commodities. Yet there are countries at the heart of Europe today where they are in notably short supply, not to speak of past dictatorships (Greece, Turkey) which managed to stay comfortably beneath the Nato umbrella. Was the illegal invasion of Iraq an instance of Western values? The European Union’s disgusting treatment of a bankrupt Greece some years ago doesn’t inspire much faith in the fineness of its civilisation. The same can be said about shipping refugees to Africa. An alarmingly large section of the European population support far-Right politics or outright fascism. Among them can be numbered armed Ukrainian groups like the Azov movement, which was identified as lying at the centre of global far-Right networks in a major investigation by Die Zeit. Some far-Right paramilitary groups were integrated into Ukraine’s state security apparatus by the former Interior Minister. You won’t hear much about that on Newsnight.

None of this justifies Putin’s murder of small children or his chauvinist fantasies of a Greater Russia. It just adds a little local colour. As for Russia’s nervousness of Nato, we are assured that the alliance is in no sense expansionist. It’s just that it keeps expanding. Like Topsy, it just growed. As in a game of grandmother’s footsteps, it creeps stealthily up on Russia until the nation swings round to try and catch it on the move, only to find it standing still wearing a look of injured innocence. It simply isn’t possible to view Russia’s bellicose nationalism outside the context of Nato’s increasing encroachment on its borders. When the United States felt threatened by the expansion of communism into Cuba, it invaded the island. It is of course by no means the only such adventure it has engaged in. Can we be sure that the barbarism is all on one side?

Nato presents itself as an association of equals, but it is in effect the military arm of the United States in Europe. This is why a former director of the CIA has described the war in Ukraine as a proxy war with Russia. This doesn’t mean that one shouldn’t be rooting for the Ukrainians. It means that viewed in global terms, this is not a confrontation between absolute goodies and unmitigated baddies, and that those who think it is are the victims of propaganda. Is this, then, a matter of standing in the centre? Not at all. What’s at stake isn’t some middle-of-the-roadism but an alternative world in which nuclear-armed superpowers would have ceased to exist.