Alexandria Ocasio-Cortez takes up space: on magazine covers, on cable news, and on social media, where her followers number in the millions across multiple platforms. Her Twitter account alone, with 12 million followers, is not just an order of magnitude larger than most junior politicians’, but over twice as large as the followings of the other three members of her “Squad” combined. Her influence is inestimable. She is a giant in the eyes of her fans, and an enormous rent-free presence in the heads of people who hate her.

This is, of course, part of her cachet. “Take up space” has become a feminist war-cry, a clapback at the offensive old mores that say women should be small and slender and quiet. Feminist indictments of diet culture and beauty standards will frequently note this: that women are too often given the goal of shrinking themselves. In politics, the phrase has begun to be invoked alongside old-school notions of shattering the glass ceiling. To be unapologetically large, to let yourself sprawl, is a radical act.

It is to this war-cry, presumably, that Take Up Space: The Unprecedented AOC refers. But the title of the new biography of our youngest ever congresswoman works on multiple levels. For one thing, it’s a good description of the book itself, printed on luxuriously heavy stock so that it bears the heft of a pint-sized coffee table tome. It’s also a fitting description of its subject, who is so ubiquitous as to be inescapable.

And yet, for all the mental and media real estate occupied by Ocasio-Cortez, she’s far more famous for being who she is than for what she’s accomplished. Which brings us to the double entendre: before it became something that brave and iconic women do, taking up space was primarily the purview of useless objects. This layer of meaning is almost certainly an accident. Perhaps it was the opinion of the New York magazine editors who commissioned Take Up Space that by the time of publication, AOC would surely have accomplished enough to avoid the book’s title being received as an awkward joke about her relative inefficacy as a politician. But as it turns out, Ocasio-Cortez is a lot better at getting attention than she is at passing laws. In a nonpartisan report issued last spring, she was rated one of the least effective members of Congress. (Among New York state legislators, she came in dead last.)

Given the limited scope of its subject’s accomplishments in her short career as a public servant, Take Up Space feels premature as a political biography — and in that category, it’s also a little weird. For instance, almost dead centre in the book is a two-page, full colour, high-definition spread depicting AOC’s open mouth, like a Playboy centrefold for oratory fetishists.

Elsewhere in the book, there is a graphic, novelised narrative about the congresswoman’s visit to the detention centres at the Mexican border, in which she appears as a heroic figure surrounded by over-the-top comic book-style villainy (in one panel, a guard stands outside a pen of sleeping women and screams, “WAKE UP, WHORES!”, an incident I was shocked I hadn’t heard about until I realised that it was invented by the writers as an example of a thing that might have happened).

There’s a chapter devoted exclusively to her greatest Twitter dunks, each one diagrammed to illustrate the machinations of her political genius. There’s a collection of quotes from real teens, gushing about how AOC inspires them: “I love that people feel like they could know her as a friend,” says Carolyn, 19, while 18-year-old Hannah frets, “I hope AOC can one day be President. I just worry that people are going to hurt her.” 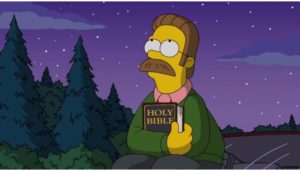 As a political biography, it’s odd, yes. But as partisan pornography, it’s undeniably fantastic. The value of this book is the mirror it holds up to a culture in which public service and celebrity have become uncomfortably intertwined, and in which traditional power has come to take a backseat to the more slippery, nebulous, socially-centered concept of influence.

The contributors, gifted essayists all, have written with poignant clarity about their progressive icon: her path to public life, her representation of womanhood and Bronx boricua culture, the sparkling wit that makes her fans swoon and her enemies froth with impotent rage. But there’s also a breathless fawning quality to the writing that is unsettling. The book gushes over AOC’s relatability, her authenticity, her eloquent public addresses on Instagram. She “always does her research” and “murders with fact”. She has reshaped our very notion of what it means to be American. She is “spectacularly confrontational”.

This style is familiar. New York magazine’s coverage of the young politician has always contained shades of access journalism: a sense of reporters flattering their star subject so that she will sit down with them for lunch. On New York magazine’s website, coverage of Ocasio-Cortez’s political accomplishments is intercut with such hard-hitting headlines as “Don’t Talk About AOC’s Boyfriend’s Feet” and “Out With Gabriel Ocasio-Cortez, AOC’s Hot Li’l Bro“.

But what this book reminds me of, more than anything, is one of those big gushy spreads in the celebrity weeklies, even if it is overlaid with a thin veneer of highbrow political journalism.  The Unprecedented AOC is a bit like People‘s The Sexiest Man Alive, only it’s made to peek out of a New Yorker tote bag instead of seducing you from the grocery checkout line. It’s an unabashed celebration of the woman who is as much an icon to America’s highly-educated progressive urbanites as Donald Trump was to the anti-elitist crowds who shrieked in ecstasy every time he called someone a loser on Twitter.

And in that sense, she’s not so unprecedented after all. 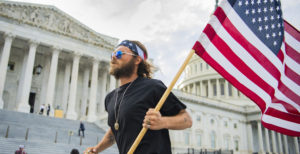 The death of American patriotism

This is the real key to AOC’s massive profile, the reason why a book like this can exist at all: after being blindsided by the ascendancy of Trump, first to the presidential nomination and then to the White House, the Left needed its own enfant terrible to shift the paradigm. Someone who could elevate getting mad online into an art form. Someone who grasped the power of memes. Someone who understood that when they go low, the moral high ground is a sucker’s game. When they go low, you don’t go high; you drop to your knees and punch them right in the nuts, and then you laugh.

Of course, the power to trigger one’s political opponents often goes hand-in-hand with extreme sensitivity to slights. Much like the boorish Trump to whom she emerged as a foil, AOC can be remarkably thin-skinned. She has occasionally used her massive platform to attack not just other politicians but private citizens (including a group of underage boys who had posted pictures of themselves doing irreverent things to the Congresswoman’s cardboard likeness).

When conservative commentator Ben Shapiro offered to donate $10 million to her campaign in exchange for an open debate, she likened the offer to being catcalled. And when she’s not boasting about serving drinks with a floater of GOP tears, she takes plenty of shots at more moderate members of her own party, whether it’s calling for the replacement of Nancy Pelosi or sniping at Democrats who want her to stop calling to defund the police.

Some people point to all of the above as the reasons why Alexandria Ocasio-Cortez represents the future of the Democratic party. Others point to it and note that she’s basically Donald Trump, albeit with much better hair. 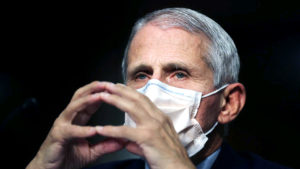 Both groups probably have a point. Trump, for all his inefficacy in the White House, was a game-changer in the world of party politics — and intraparty conflicts. His 2016 campaign marked the dawn of a new era: one in which spectacle was all, and substanceless peacocking won. Trump didn’t build his wall or jail his opponents, but he did successfully drag political discourse down to the intellectual level of a bunch of fifth graders, standing in a jeering circle around a bully while he gives the class weirdo a wedgie. And that’s his legacy. It’s politics as popularity contest, a comic-book battle between good and evil, and progressive media organisations have been all too happy to join the fray.

It’s unlikely that Alexandria Ocasio-Cortez would have risen to the same iconic status if Trump hadn’t steamrolled his way through the landscape first. But he’s gone now, and the young politician stands at a crossroads: between influence and power, between celebrity and service, between the brief and blazing reign of the It girl and the more gruelling, less glamorous life of a career politician.

It’s a stark illustration of how she channels her energy that today, just over two years after being sworn into office, AOC has racked up thousands of tweets, millions of followers, half a dozen magazine covers, one command appearance at the Met Gala, and… zero bills signed into law. It’s almost as if one’s effectiveness as a public servant is dictated by something other than the popularity of one’s personal brand. And while Ocasio-Cortez was indeed unprecedented at the time of her election — if only because she is the youngest woman ever to serve in US Congress — that distinction will become less impressive as the years wear on. If she wants to take up space in our history books, she’ll have to do more than tweet.