As in Sophocles’s tragedy Oedipus Rex, we are witnessing a generational drama in which inheritors kill their proverbial father to marry their mother, in this case Mother Earth. The psychology behind this pattern is above my pay grade, but many of the richest people on the planet, and their heirs, now seem anxious to disparage the economic system that created their fortunes. With few exceptions, the new rich, and particularly their children and ex-wives, embrace a racial, gender and environmental agenda that, while undermining merit and economic growth, still leaves them on top of the heap.

The ideology of the mega-rich will shape our society for the next generation, in large part through philanthropy. The non-profit sector, the primary vehicle for inherited wealth to be laundered into political influence, has been growing rapidly; in the US, non-profits’ assets have grown nine-fold since 1980. In 2020, non-profits brought in $2.62 trillion in revenues, constituting over 5.6% of the US economy. Increasingly, much this money came from the new tech elite: among the most prolific donors were Jeff Bezos and his ex-wife, Mackenzie Scott; Bill Gates and his now-discarded wife, Melinda French Gates; Mark Zuckerberg and his wife, Priscilla Chan; and Laureen Powell Jobs, the Left-leaning publisher of the Atlantic and the widow of Apple’s founder.

This rise of non-profits is reminiscent of feudal times, when the rich and powerful donated to the Church to ensure that its message wouldn’t threaten their power. Indeed, our society is becoming more like the Middle Ages all the time, with entrepreneurial success becoming more difficult and property and wealth becoming ever more concentrated. “Inherited wealth”, notes Thomas Piketty, is making a “comeback”. In the US, according to the consulting firm Accenture, the Silent Generation and Baby Boomers will gift their heirs up to $30 trillion by 2030 and $75 trillion by 2060.

The cost of Biden’s racialism

Of course, the use of inherited wealth to push Left-wing causes is nothing new. As Heather Mac Donald demonstrated in 1996, big-money foundations in the US have been bankrolling far-Left politics for several generations. But the rise of the tech oligarchy seems likely to accelerate this move to the gentrified Left. Many of these billionaires are still in their 30s and 40s but have accumulated more cash than anyone since the Gilded Age. And unlike their early 20th-century counterparts, today’s robber-barons — with a few notable exceptions, such as Peter Thiel — are decisively aligned with the Left. In 2020, five of the top eight donors to Joe Biden came from people tied to tech firms.

This is partly explained by Trump’s toxicity, which engendered something of an oligarchical jihad to overthrow a man who was both needlessly crass and potentially threatening to their monopolies. Particularly critical in the 2020 election was the weaponising of the Chan-Zuckerberg Initiative, which poured over $300 million into state and local election administration to stoke turnout. Conservatives claim, with some justification, that these efforts were concentrated in highly Democratic areas of swing states, and therefore may have tilted the outcome. But what is beyond question is that Zuckerberg and the others participated in what Time — owned by yet another oligarch, Marc Benioff, co-founder of Salesforce.com — gleefully described as “a conspiracy unfolding behind the scenes”.

But at least you could make a compelling argument that it was a good idea to get rid of Trump. On other issues, however, such as race, policing, education, and gender, oligarchs and their non-profits continue to agitate for what are often societally disastrous policies. 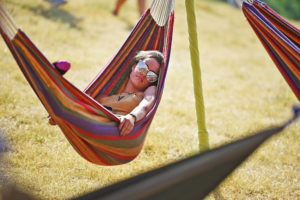 Why millennials are dropping out

The ultra-rich have been particularly attracted to draconian climate positions. By 2017, billionaires such as Tom Steyer — and powerful foundations like Rockefeller, Doris Duke, Walton, MacArthur, Hewlett, and George Soros’s Open Society — were sending hundreds of millions to leading environmental  groups. By contrast, the largest Right-wing foundation, Heritage, was attracting 50% or less than the biggest green non-profits. Jeff Bezos, amid his pandemic bonanza, announced $10 billion in gifts aimed mostly at progressive and green non-profits. The oligarchs’ philanthropy also provides a cushy home for climate bureaucrats, with the inheritor of the Jobs fortune now welcoming California’s chief regulator to head up her climate-focused $3 billion Waverley Street Foundation.

We can expect that this radicalisation will become even more obvious in the next generation of tech and finance heirs, such as the socialist offspring of the founders of Qualcomm, featured in a New York Times profile on “the rich kids who want to tear down capitalism”. Born into the gentry Left, these young trust-funders will be able to subsidise the most extreme elements of the progressive agenda without having to worry about how that agenda might affect a business they had nothing to do with building.

This rise of a small class of ultra-rich, yet non-productive, social influencers does not bode well for the future. In a profoundly dysfunctional political culture, the rich and their massive non-profits will enjoy an extraordinary power to set the public agenda by funding notionally grassroots activist groups and manipulating an increasingly gullible media, parts of which they already own or control.

Indeed, the power of these organisations could grow so great that the only real solution may be to check their influence through removing or altering their privileged tax status — non-profits generally pay 15% or less on their income than corporations — and forcing them to eschew politics. They may consider themselves, as progressive author David Callaghan suggests, the “enlightened rich”, but their bank accounts make them natural targets for redistribution. In some cases, the funded minions of the rich are morphing from grateful supplicants into something like the Jacobins of the French Revolution. Already, more Democrats support socialism than capitalism, with socialism particularly popular among the young. Much like their counterparts in the run-up to the French Revolution, our elites appear to be embracing revolutionary ideas that end up threatening, as Alexis de Tocqueville wrote, “their own rights and even their existence”. 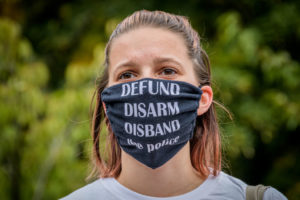 How race politics liberated the elites

The adoption of self-destructive ideologies by the idle rich is nothing new; in fact, it’s a recurring pattern in modern history. In the 20th-century, members of the upper classes often embraced communism and even worked for the Soviet Union, whose founding credo was the annihilation of their own class. But while Stalinism may be out of fashion, charges of hypocrisy are not — and agitated young activists won’t long tolerate billionaires who lament climate change but fly their private jets to discuss the “crisis” in places like Davos. After all, if the world is on the verge of a global apocalypse, how can the luxurious lifestyles of so many of the world’s most public green advocates be acceptable?

Fearing the potential whirlwind, some tech titans and Wall Street oligarchs are already making emergency escape plans in case of civil unrest. But the real danger may be confiscation, as people recognise the enormous gap between oligarchic posturing and the reality of class relations. As the World Socialist Website puts it: “Charity and philanthropic patronage are aristocratic forms. They are a symptom of an unequal society in which resources have pooled to an irrational degree at one pole of society.”

Yet while the current oligarchs deserve opprobrium, the ultimate danger posed by the non-profit tsunami lies in their feckless embrace of a policy agenda that undermines the very essence of competitive capitalism. Like feudal lords, this new elite, emboldened by a common ideology, may continue to thrive in a world of frozen social relations, but only by destroying the very system that brought them their own good fortune. And, just as with Oedipus, it’s only a matter of time before that backfires in a disastrous fashion.